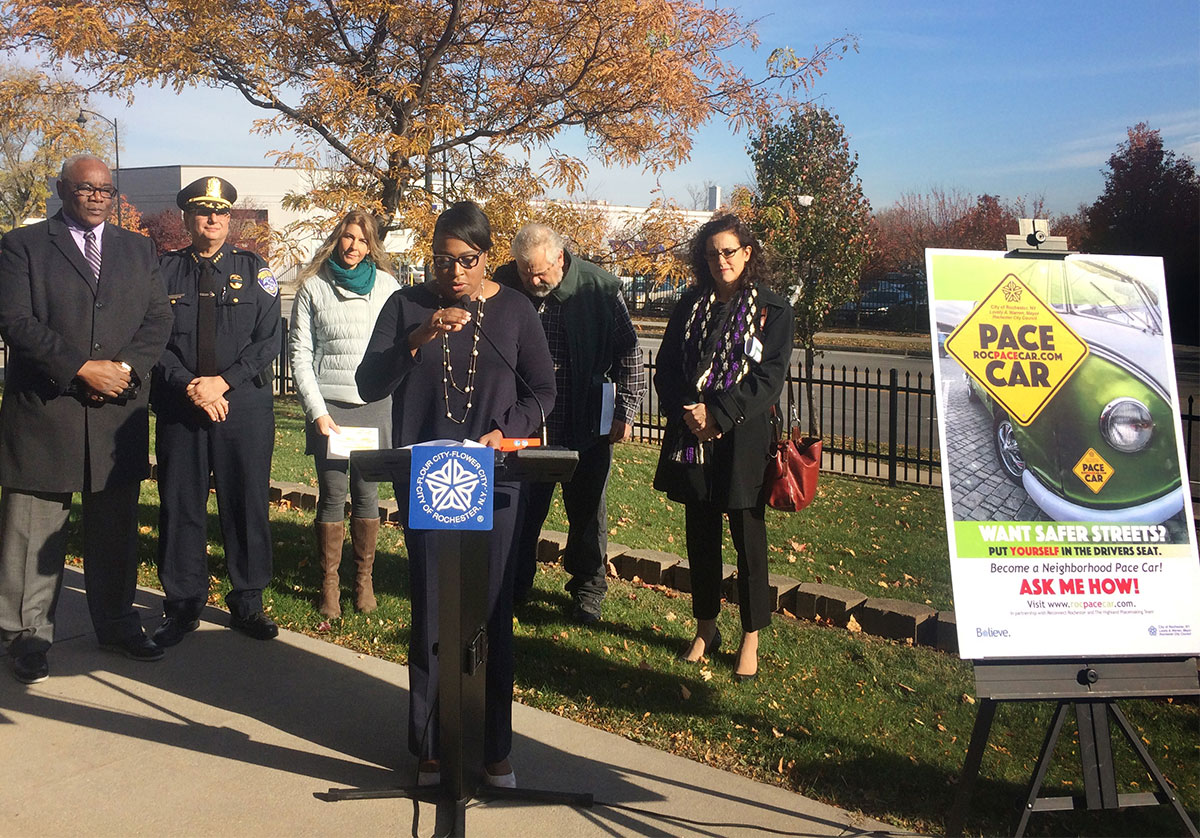 We were proud to be part of today’s launch of the City of Rochester’s Pace Car program! We joined Mayor Lovely Warren and other community leaders to introduce the new citywide initiative that asks drivers to be part of the solution to make our community streets safer for all who use them. Pace Car drivers sign a pledge to drive within the speed limit, drive courteously, yield to pedestrians and be mindful of bicyclists and others on the street. Drivers display the yellow Pace Car sticker on their vehicles to show others that they are taking accountability for how they drive on our community streets.

The Pace Car program kicks off less than a day after a young boy was struck and killed on Parsells Avenue, and 2 days after a woman sustained life-threatening injuries in a hit and run on Dewey Avenue. 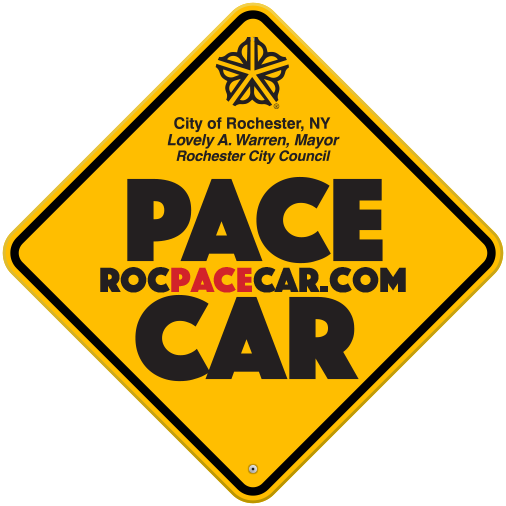 We first told you about the Pace Car initiative over a year ago when we launched our Streets for the People partnership. At that time, the program was a grassroots citizens-in-action movement in the Southeast Quadrant’s Highland Park Neighborhood. Concerned citizens Marcia Zach and Michael Tomb of the Highland Park Neighborhood Placemaking Team launched a Pace Car Program in August of 2015 in response to the neighborhood’s desire to make their streets safer.. Zach: “The Pace Car idea appealed to me because it allows everyone to be a part of the solution. After researching Traffic Calming, I found this is not just something that other people must do, it begins with our personal choices and education.”

In spite of the cars we drive being safer than ever, traffic fatalities in our country to continue to rise. 100 people die in crashes each day. That’s the equivalent of 14 regional airline crashes each week. 94% of crashes are tied to human error — things like drinking while driving, speeding and distracted driving. And other than alcohol, speed is the biggest factor contributing to fatal crashes. Yet, we’ve designed our community streets to prioritize moving as many cars through them as fast as possible. Pedestrians and cyclists are an after-thought.

Slower speeds on our community streets save lives. Drivers have more time to react and avoid crashes altogether. Pedestrians and cyclists have more time to get out of harm’s way. And should a crash occur, the severity will be much lower.

Hundreds of Pace Car drivers have taken the pledge to follow the rules of the road, stay alert, and make safety on our community streets a priority. And we hope that hundreds more will join them.

Learn more about ROC Pace Car and take the pledge online to become a Pace Car!