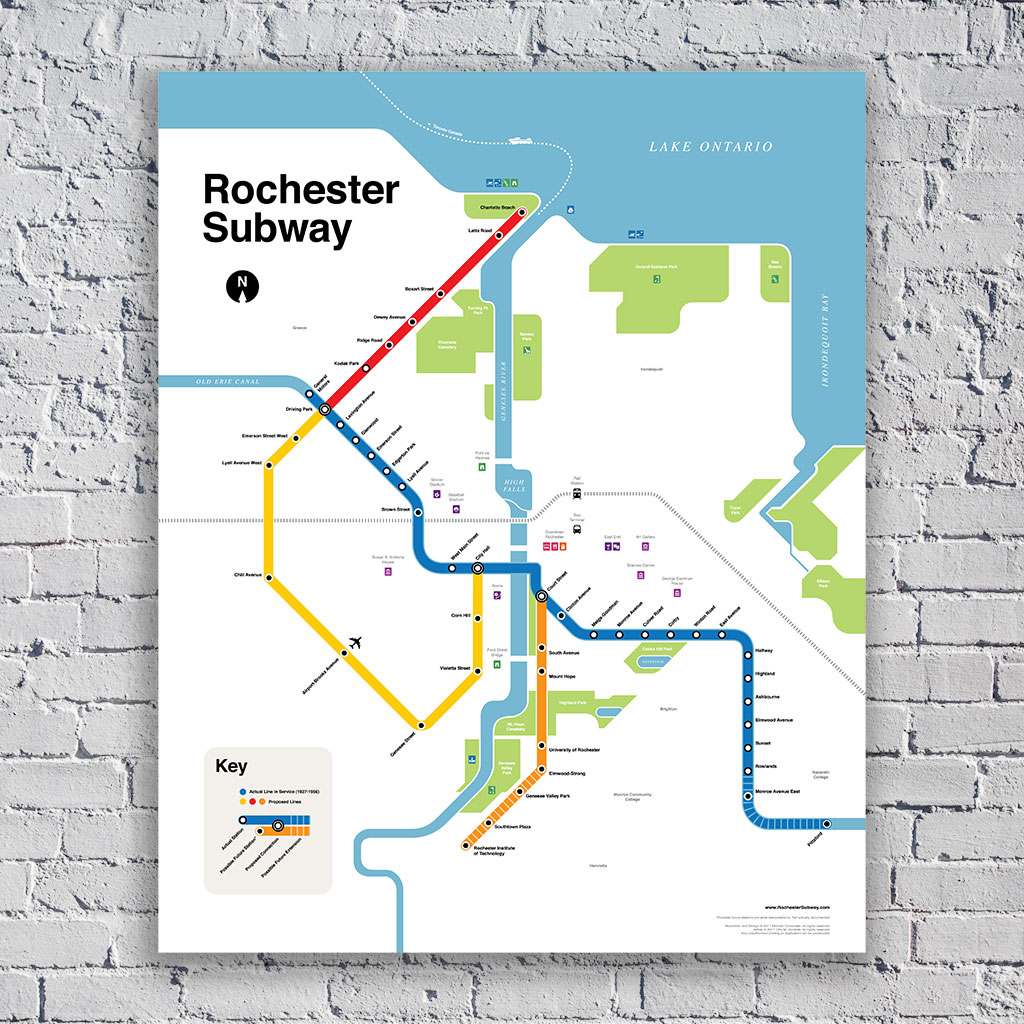 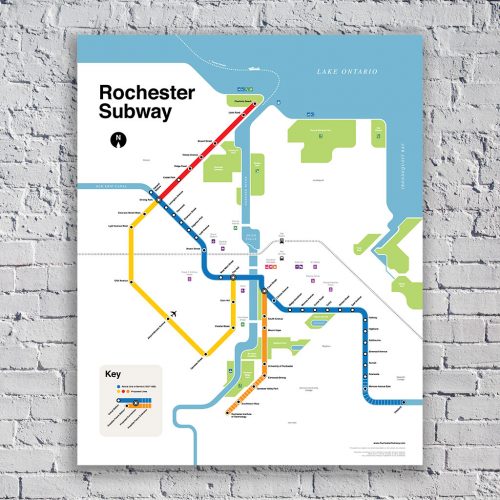 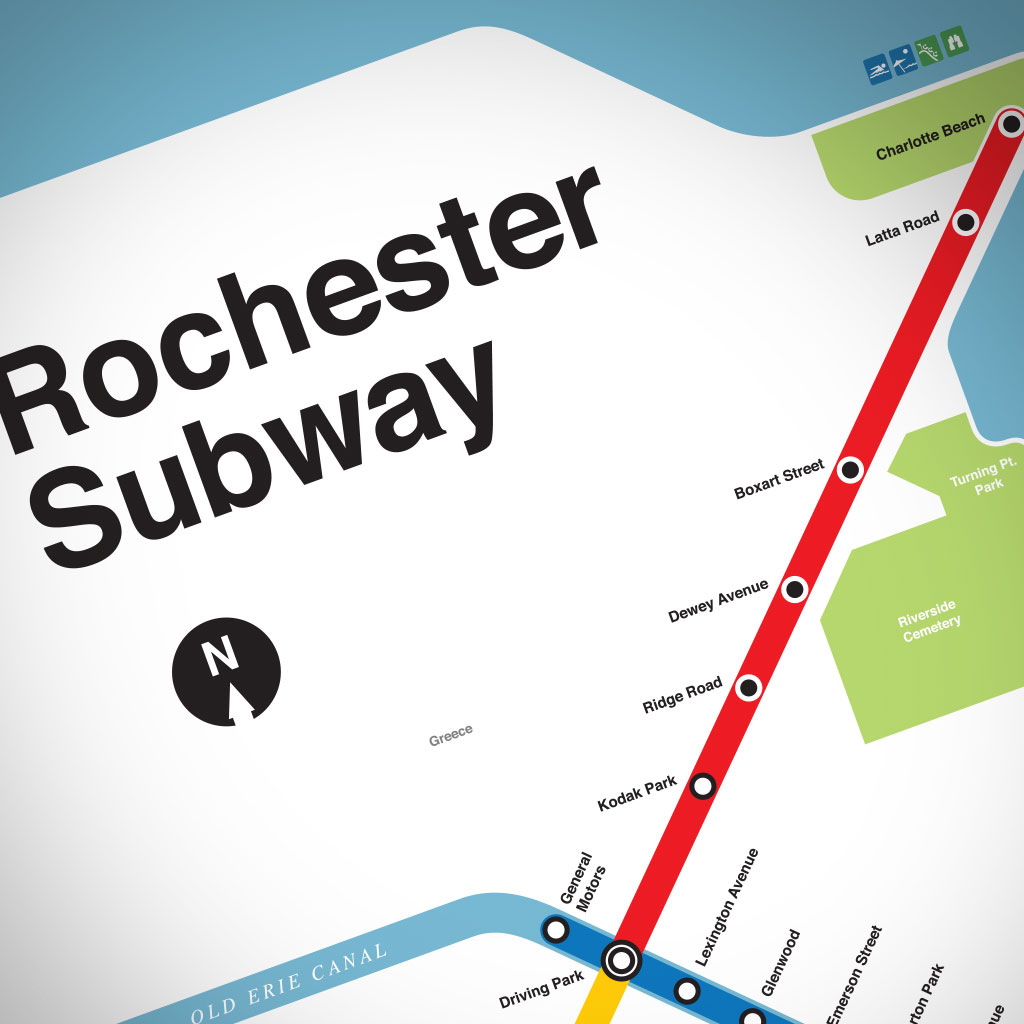 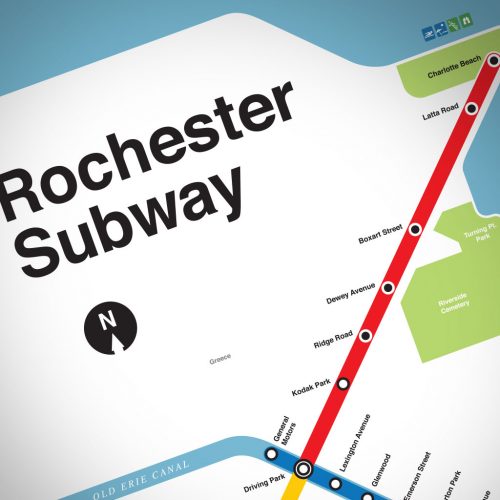 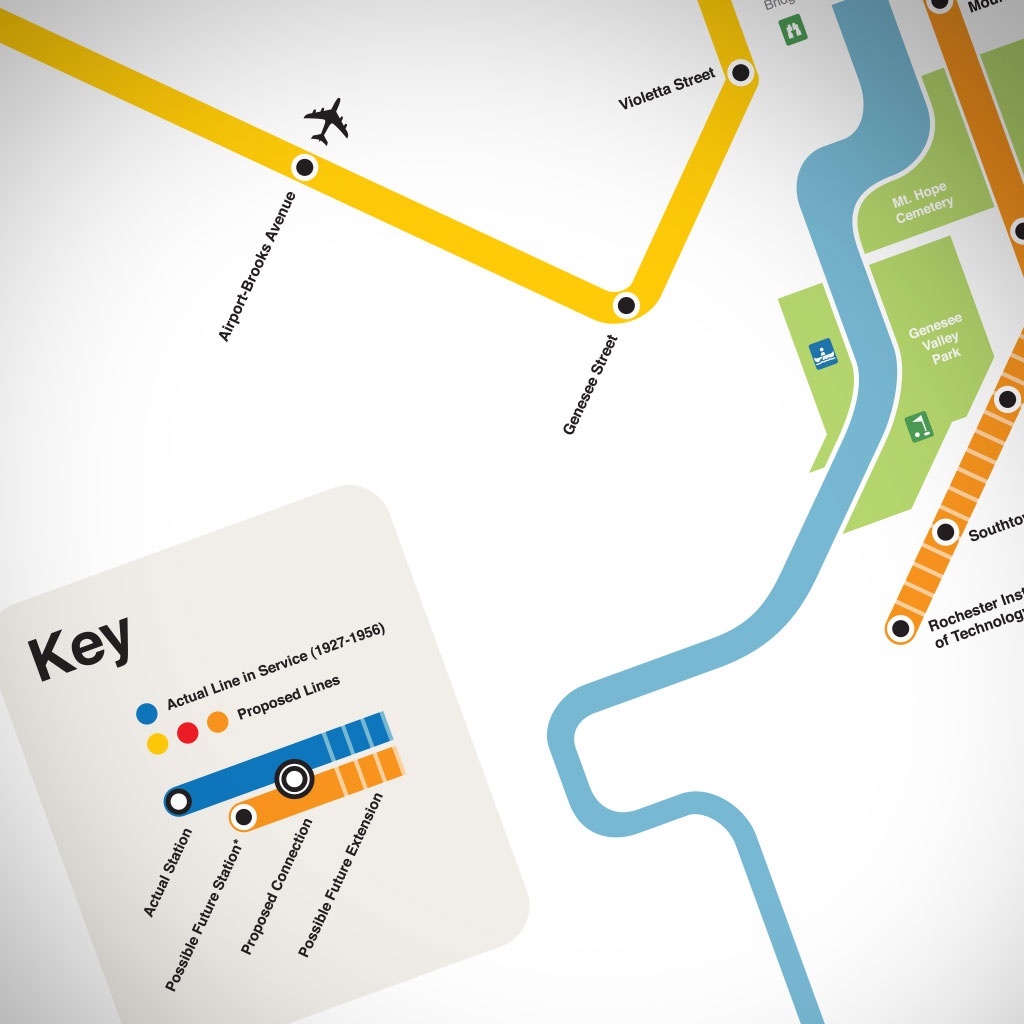 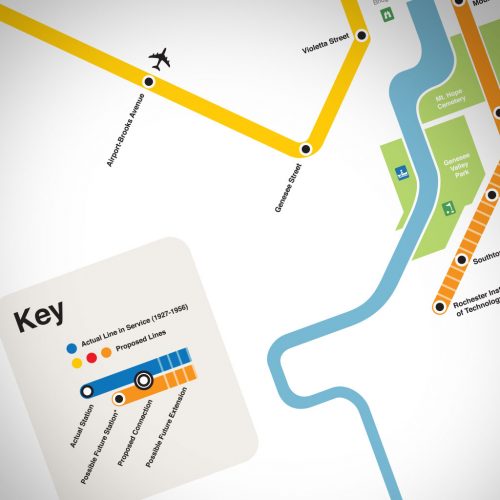 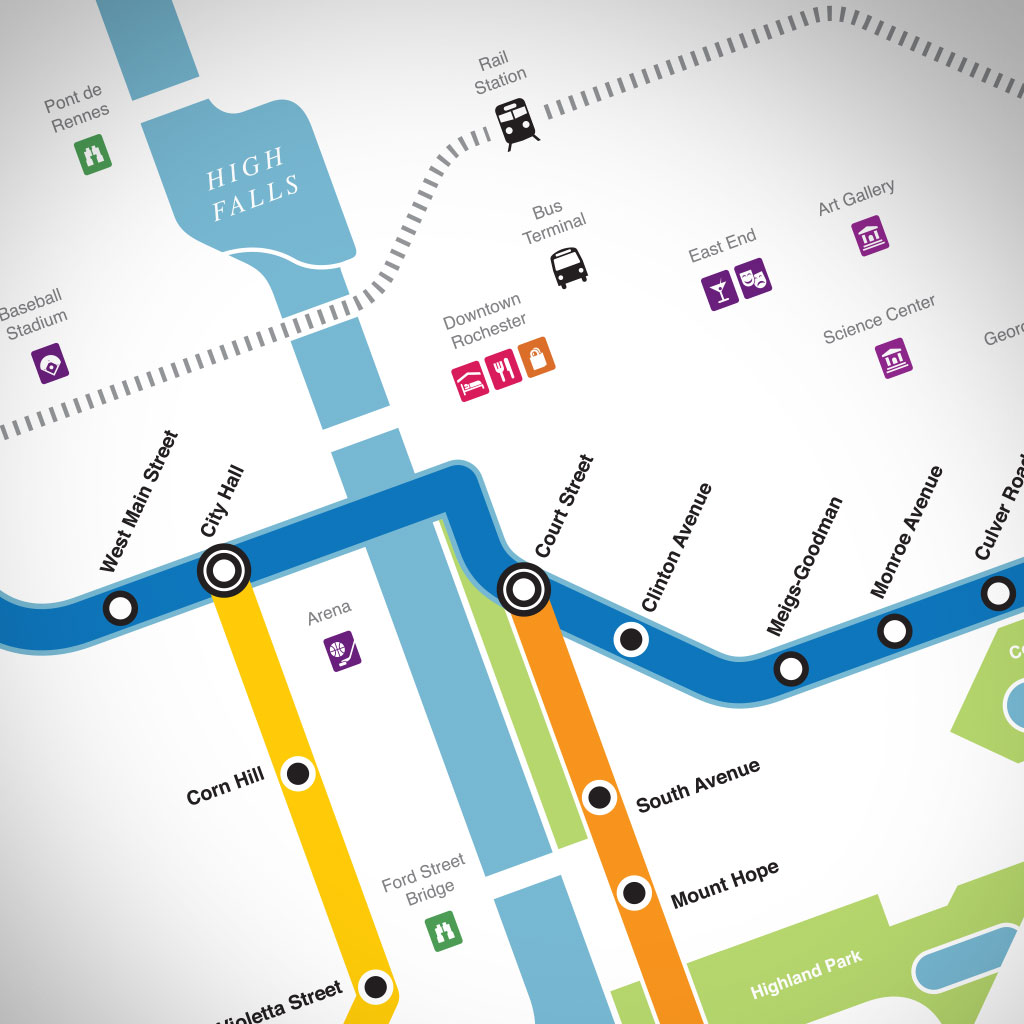 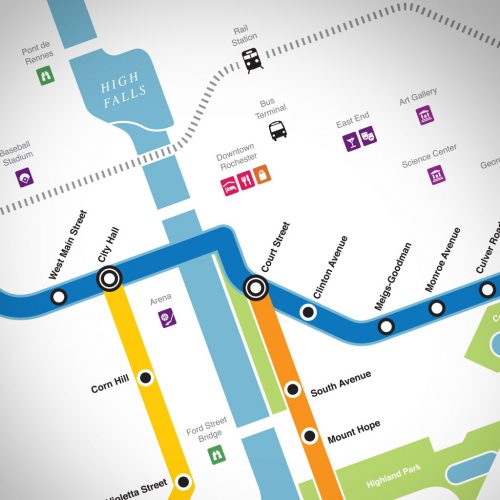 Most people have no idea that Rochester, NY even had a subway. But from 1927 until 1956, red and cream colored trolley cars and four-car commuter trains rushed thru tunnels beneath downtown Rochester — above ground from the General Motors plant all the way to Elmwood Avenue and Rowlands. Known to most simply as the “Subway,” it was built to ease interurban traffic from the streets of Rochester. It also served as an interchange for the five railroads that entered the city and as a link to interurban lines serving the east and west.

There were several proposals in its final years that would have significantly expanded the line from downtown to Pittsford, Charlotte Beach, and the airport. The Subway was never really meant to die. This map shows how the system might have looked today – had it survived.

This 16″x20″ museum-quality poster is printed on durable, archival paper in a matte finish. All posters are unframed.

This 16″x20″ museum-quality poster is printed on durable, archival paper in a matte finish. All posters are unframed.

There are no reviews yet.

Be the first to review “The Rochester Subway Map” Cancel reply

All proceeds from this store go to support our mission.