Share
July 4, 2010 No Comments
Allen Kerkeslager helped me find an even better link to connect the RITtweenway with the Genesee Valley Greenway, and Jay Jackson pointed out that a bike ferry could be a way cool and relatively easy way to get the job done.
Here is the site we are talking about in google maps.  On the east side of the crossing, the land is reportedly owned by developers planning to create a pond and preserve in the big open areas, and on the west side some unused NYState owned property seems to be waiting for our new lease on life. 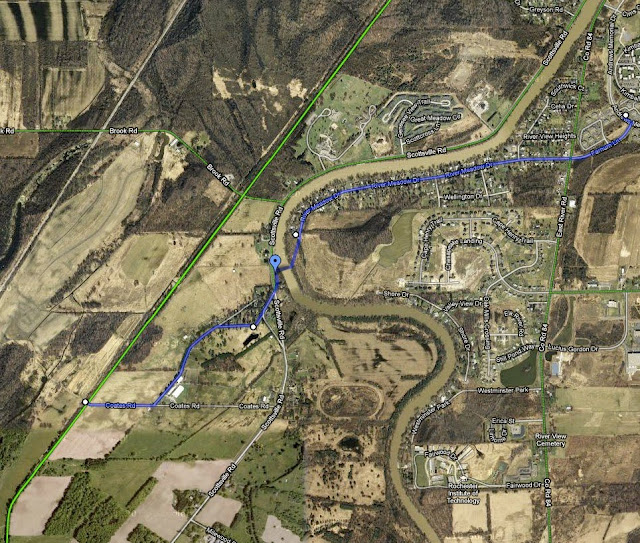 The crossing would connect  the “River Meadow Preserve” to an asphalted former water testing facility reportedly owned by New York State.  The landing would offer  near-perfect access to to the Genessee Valley Greenway either via Scottsville Rd and Brook Rd, or southwest by way of the road that exteds from right across the landing. 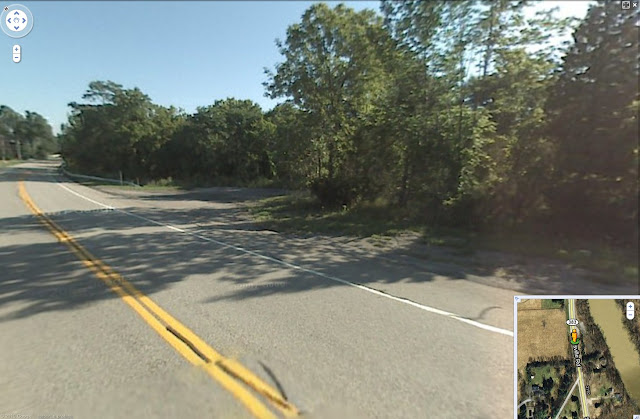 .  Here is the eastward looking view back to River Meadow Dr. 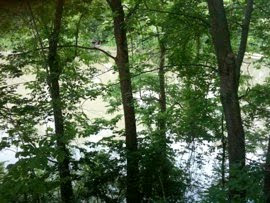 As for how the crossing would be implemented, one could imagine a bicycle/pedestrian bridge or even a small cable ferry (which could be designed and built by RIT faculty and students!)
·      River Meadow Crossing
The “Rochester Bicycle Ecology” is  a flagship project of RIT’s Center for Student Innovation (which I now direct.)