Last night the City Council approved the extension of Rochester’s red light camera program until December 2019. The 6 to 3 vote was originally scheduled for September, but postponed when the results of the red light camera study were not yet available. The official report was released last week… 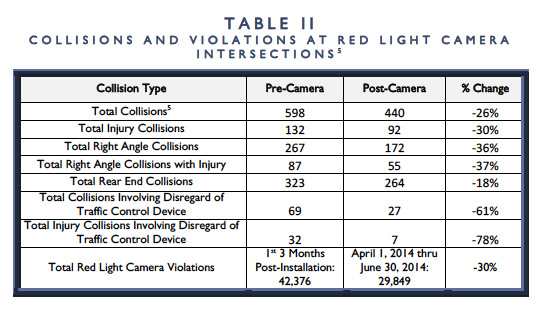 The study, which compared data before and after cameras were installed, concluded that the presence of cameras is improving safety:

The number of violations decreased 30% in the three months after the cameras were installed.

Almost 900 signatures were submitted to oppose the extension of the program. Many oppose the program because they feel the main purpose is to generate revenue for the city and it unfairly targets those in poorer neighborhoods.

Much of the opposition is also due to tickets issued when making authorized right turns during red lights. The City Council made an amendment that tickets will not be enforceable if a driver stops beyond the intersection line unless it is clear that it is a blatant violation. Tickets are not automatically issued just because the camera snaps a photo. According to the City of Rochester, “Evidence captured by the Red Light Cameras is reviewed three times and approved by the Rochester Police Department before a Notice of Liability is delivered in the mail to the registered owner of the vehicle.”

There is no silver bullet for making our streets safer for all who use them. But many cities, including Rochester, are testing initiatives like red light camera programs that work together with other measures to help reduce the number of traffic accidents on city streets.