The Rochester Community Design Center hosted the fourth annual Reshaping Rochester Awards luncheon this week and we had a table full of Reconnect Rochester board members there to support one of our own – Mike Governale.

. He did not win the award, but I’ll get to that in a moment… 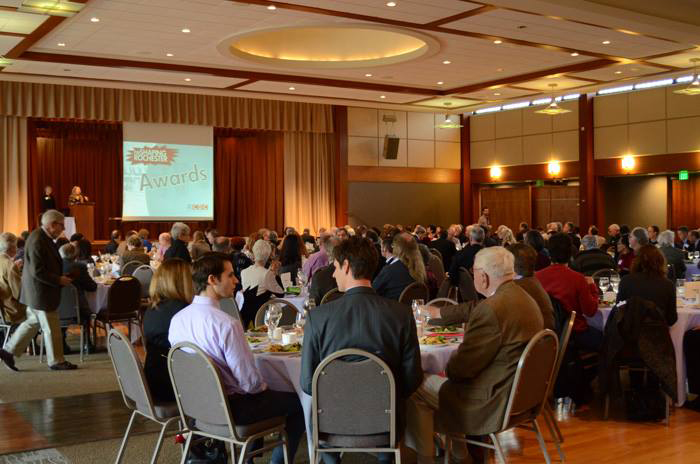 Peter Monacelli and Project Scion (honorable mention) were the award winners. Monacelli was recognized for his work in over 250 projects that have contributed to the revitalization of Rochester’s urban heritage. And Project Scion

(one of my favorite projects in this city) received honorable mention for turning vacant/unused lots into community green spaces.

Jennifer Leonard, president and CEO of Rochester Area Community Foundation, was the keynote speaker at the event. She underscored the poverty statistics so many of us know about the city and the obstacles we must overcome together to make this city a “community that works for everyone

.” And that last part is an important one. Leonard explained that the growth of a city is a group effort; it takes good policy, the right design and smart planning. But it also takes a lot of people. People “who build, vote with their feet, people who take the lead, and people who dream

And now back to Mike… 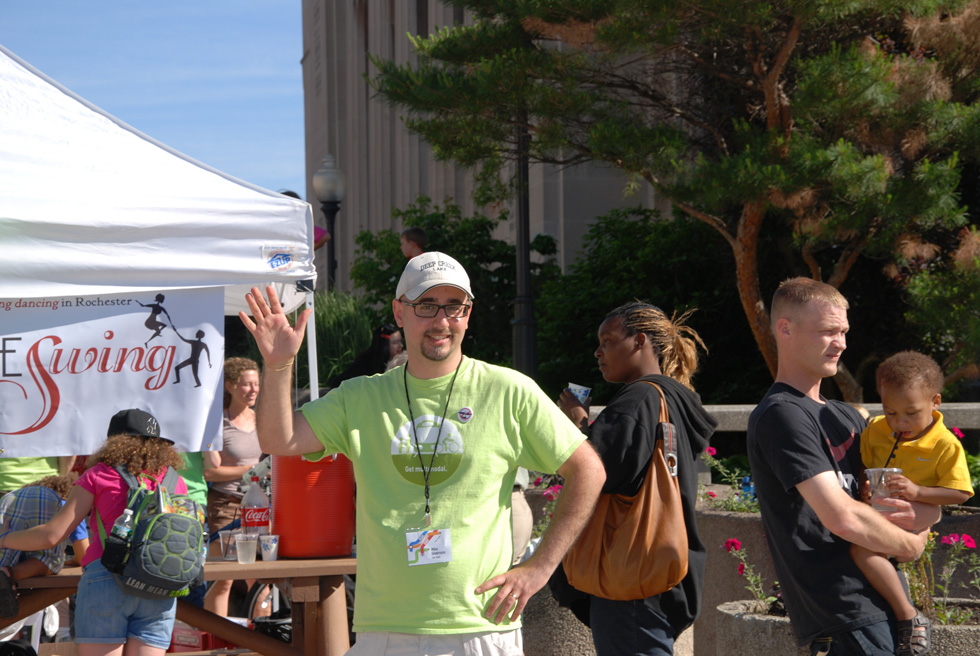 What struck me as I listened to the notable list of nominees, was that Mike is just a regular citizen being recognized for his true grassroots activism. He had no promise of making even a little income when he started Rochester Subway and, later, collaborated with others to create Reconnect Rochester. And neither is directly tied to his day job. He isn’t a city planner, developer or an architect. He is a regular citizen that has a passion for the history of Rochester and in helping this city become something greater.

Forward-thinking planners, designers, architects and investors are absolutely vital to improving our city. But so is the sea of change that comes from the activism of regular citizens who want to make their communities a better place.

To paraphrase Leonard: We’re all in this together.

If you know Mike, you know he isn’t likely to mention being among the nominees this year. But among many other contributions, he collaborated with others to create this all volunteer force at Reconnect Rochester. And we’re proud to have him at the helm. Congratulations, Mike!