Guest blog by Rachel Barnhart, who represents District 21 on the Monroe County Legislature and has been a longtime advocate for safer streets.

A driver struck and killed a woman walking on Lake Ave on September 17. She was at least the 90th pedestrian or cyclist injured or killed on Lake Ave in the mile-long stretch between Driving Park Ave and Lyell Ave over the last decade. That’s an average of nine people hurt every year in a distance we can walk in less than 20 minutes.

It’s time to make Lake Ave safe for everyone, particularly the people who live there.

About half of the people who live in the two census tracts on the west side of Lake Ave between Driving Park and Lyell live in poverty. More than one-third of the households do not own cars. They are using other means of transportation — walking, cycling and public transit. Yet Lake Ave is not built for the use of the people who call the surrounding blocks home.

Lake Ave is built for speed. The road has 11-foot-wide lanes, 3-foot shoulders, recessed bus stops and turning lanes. These are all design elements conducive to high speeds. The speed limit on Lake Ave is 35 mph, a speed at which pedestrians have a 45 percent chance of being killed when struck. Speed data indicates that between Emerson St and Lexington Ave, half of drivers are going above 36 mph, and one in seven drivers is going above 42 mph. Driving on Lake Ave can be stressful, with tailgating, aggressive lane changes, and, yes, speeding.

When examining crash data over the last decade, it’s evident Lake Ave does not have enough traffic lights and they are not timed properly. There are not enough crosswalks, as you have to walk nearly a half-mile in one location between Driving Park and Lyell before encountering a designated place to cross. Lake Ave also takes pedestrians time to cross — it’s six lanes in some spots! In many locations, drivers can turn right on red and they can make left turns everywhere, further endangering pedestrians.

Imagine being a pedestrian or cyclist in this environment, especially on a cold, snowy or rainy day. You just want to cross the street to get to your bus stop, the grocery store, your job, or your friend’s house. But Lake Ave is not built for you.

Despite the carnage, there is predictably no outcry to make Lake Ave safer for all who use the road. Lake Ave’s crash history sadly shows the correlation between poor street safety, race and poverty. Our culture is oriented toward the needs of drivers, no matter the collateral damage. We have an intense bias reflected in news stories that regularly use the passive voice to describe crashes. A pedestrian is “hit by a car,” not the person driving the car. We blame pedestrians for not following the rules of the road, even though drivers on Lake Ave routinely disregard traffic laws, such as the speed limit.

We can make Lake Ave work for everyone by redesigning the road. Unfortunately, drivers will fight for their ability to speed through neighborhoods, like when public opposition killed a road diet planned for a northern section of Lake Ave in 2014. There are still ideas on the table, such as Reconnect Rochester’s concept to make the Phelps Ave intersection safer.

City leaders kicked off a Pace Car program on Lake Ave in 2016, which encouraged drivers to be more mindful of pedestrians and cyclists. That effort faded, but should be revived as part of a more comprehensive Vision Zero plan, which focuses on road design, enforcement and education to reduce crashes.

Lake Ave is not built for everyone, but it could be one day, if we value the safety and quality of life of everyone who uses this corridor.

Reconnect Rochester is pleased to host this Monroe County Crash Map to raise awareness and support local advocacy efforts around safe streets in our community.

In the U.S., pedestrian fatalities have skyrocketed, increasing by 45% from 2010-2019. This map shows that in Monroe County, 5,498 crashes from 2012-2021 involved bicyclists and pedestrians (4,466 resulted in injury or fatality). On average, ten people die on our local streets every year as a result of these crashes. We must do better.

NOTE: Larger icons indicate a collision resulting in at least one fatality. 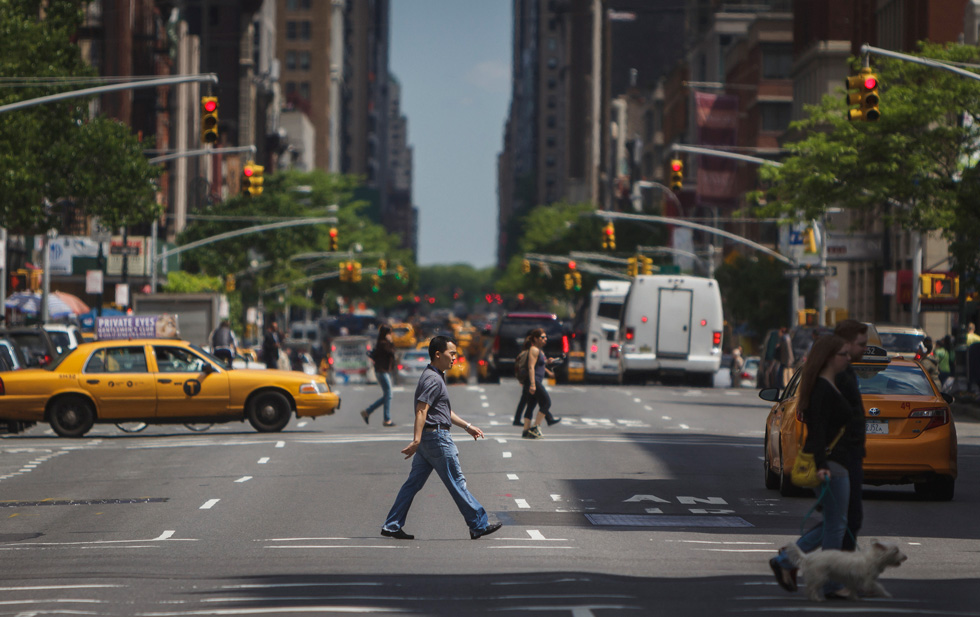