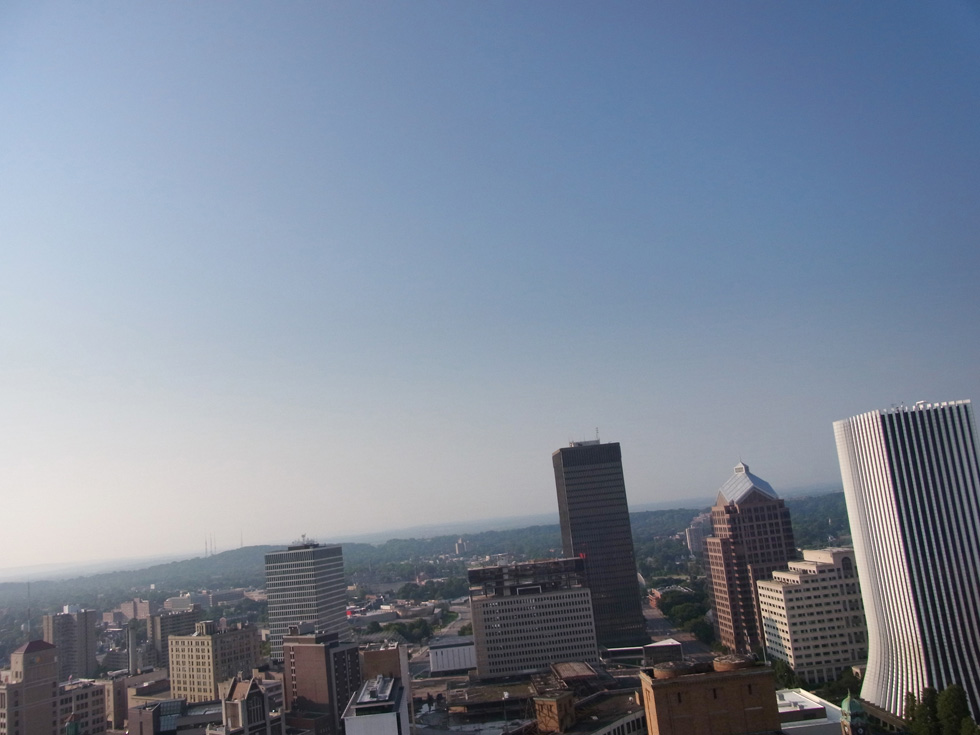 Pop quiz! How much money does Monroe County contribute directly to the maintenance and operation of its road network each year? If you answered $13,000,0001 you are absolutely correct. If not, guess again.

So let’s imagine, for a moment, a future in which only half this money is spent on roads, and the other half goes towards other ways of getting around. What could we really get from this?

One other thing, the full yearly budget for roads in Monroe County is actually $31 million, but the other $18 million comes from other places – by halving our direct contribution, we’re actually only cutting the budget by 20%.

Moving on, what if we use $6.5 million dollars on our existing bus system. With approximate expenses of $120 an hour to run a bus2 and an average bus speed of 12 mph3, we could get 650,000 more miles of bus service a year. That alone might not mean much, but it’s actually a 6% increase over the current system4. If we were to focus all of this additional service on two new routes, one running north-south from the University of Rochester to Lyell Ave and Lake Ave, and one running east-west from Chili Ave and Thurston Rd to East Ave and Winton Rd., these routes would have a bus every 8 minutes, 24 hours a day, 7 days a week. Service like this would be transformative for
getting around downtown.

But what if we wanted to get really creative and split the money among other, more transformative options? That’s also a possibility!

A mile of protected bike lane costs approximately $16,0005. Let’s spend 10% of our capital on them. We now have 312 miles of protected bike lanes. That’s enough to cross the city of Rochester nearly 50 times, or every major road in town and then some. Now let’s take the other $45 million and build a heritage streetcar. At a rough cost of $8 million per mile6, we would get 7 miles of streetcar tracks. That’s enough to build a two-way line from Genesee St. and Columbia Ave. north to Main St., east to East Ave., further east to Union St., and then north to the public market. With the $3.25 million we set aside for annual operations, the streetcar would run every 15 minutes, 24 hours a day,
7 days a week.

Isn’t it amazing? For a small portion of money we’re currently spending to fix a few pot holes, we could be building a brighter future with safe, frequent, and efficient mobility options for everyone.