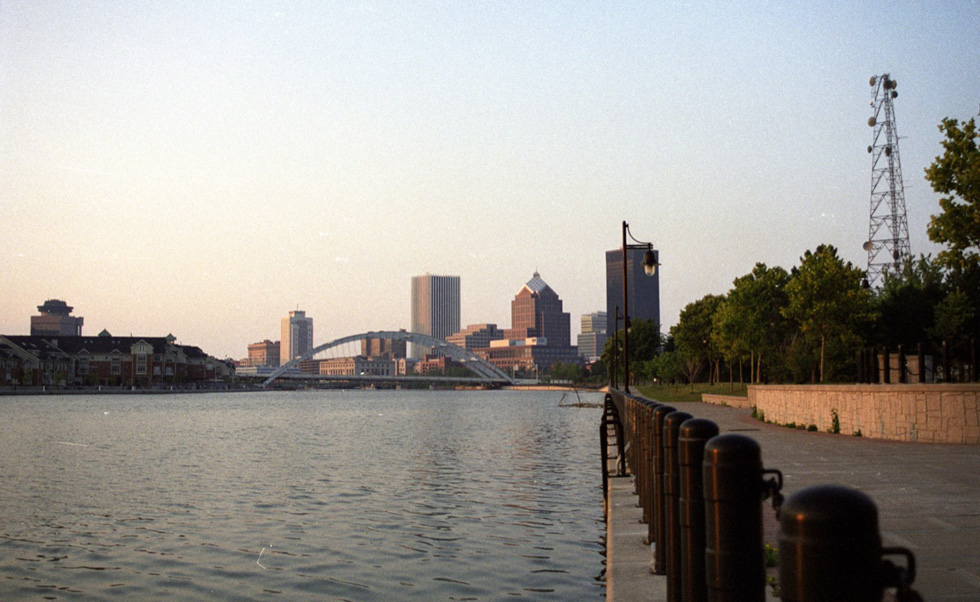 For decades, transportation planners were focused on moving and storing cars as efficiently as possible. The result today is that Rochesterians have become dependent on driving for virtually all trips. Homes, stores, offices, and industry have been moved outside of the effective reach of public transit. Our downtown’s dependence on parking has thinned out the core of our community until it has become a shell of its former self.

Today, many young singles (and empty nesters) are opting to do away with the expense of owning a car, and moving back into city centers. The cities that have shifted their transportation planning toward walking, biking, and public transit, are the ones that will capitalize the most…

In Rochester, our Bicycle Master Plan is beginning to work toward making cycling a safer and more viable transportation option. Many streets have been restriped to include bike lanes. A program is under way to create “Bicycle Boulevards” allowing cyclists to avoid busy arterial streets. And a bike sharing program could soon be in our future.

A new RTS Transit Center downtown is now providing transit riders with a climate-controlled place to make their transfers downtown. Routes are gradually being streamlined to provide faster service. And technology has made it easier to plan trips and track buses. But more improvements need to be made.

Rochester has hundreds of bus stops that need seating, shelter, and to be cleared of snow in the winter time. More frequent (and faster) transit connections need to be made between major centers of employment, colleges, and commercial hubs. And new development projects, whether in the city or surrounding towns, should focus more on pedestrian access than they currently do on parking.

Rochester is making strides. And we have plenty more to do.