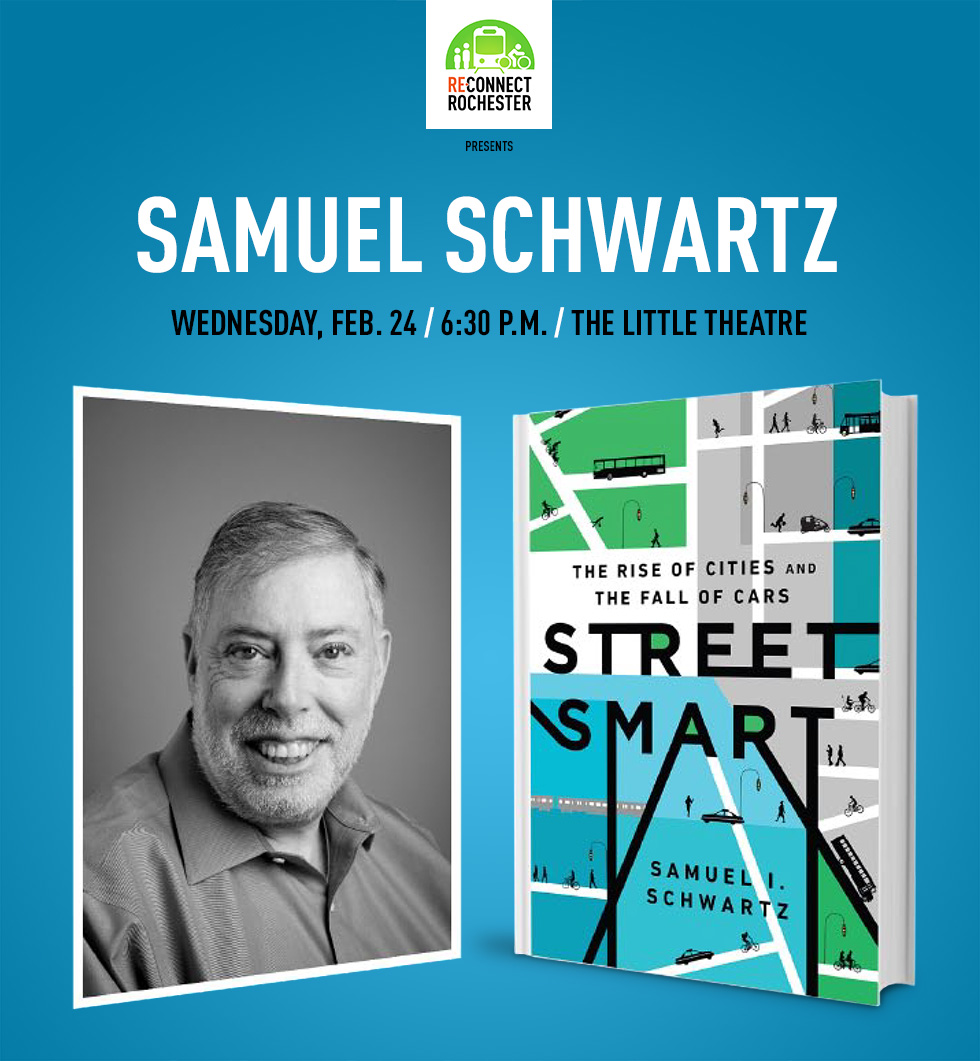 On Wednesday, February 24, Reconnect Rochester will bring Samuel Schwartz to Rochester. Sam is the former traffic commissioner for New York City and the man who literally invented the word “Gridlock.”

Gridlock Sam is one of the leading transportation experts in the United States today. He is currently a columnist at the New York Daily News. And his firm, Sam Schwartz Engineering, has recently produced a plan

for the redesign of East Main Street here in Rochester…

In his new book, Street Smart: The Rise of Cities and the Fall of Cars

, Sam chronicles the history of urban transportation in America. He recounts his own personal experiences, from growing up in Brooklyn during the 1950s, to working as a New York City cab driver, and then his professional career planting the seeds of change from within the New York City Department of Transportation.

Make a donation in any amount to Reconnect Rochester and we’ll hold the best available seat for you. Suggested donation at the door: $5-$15.