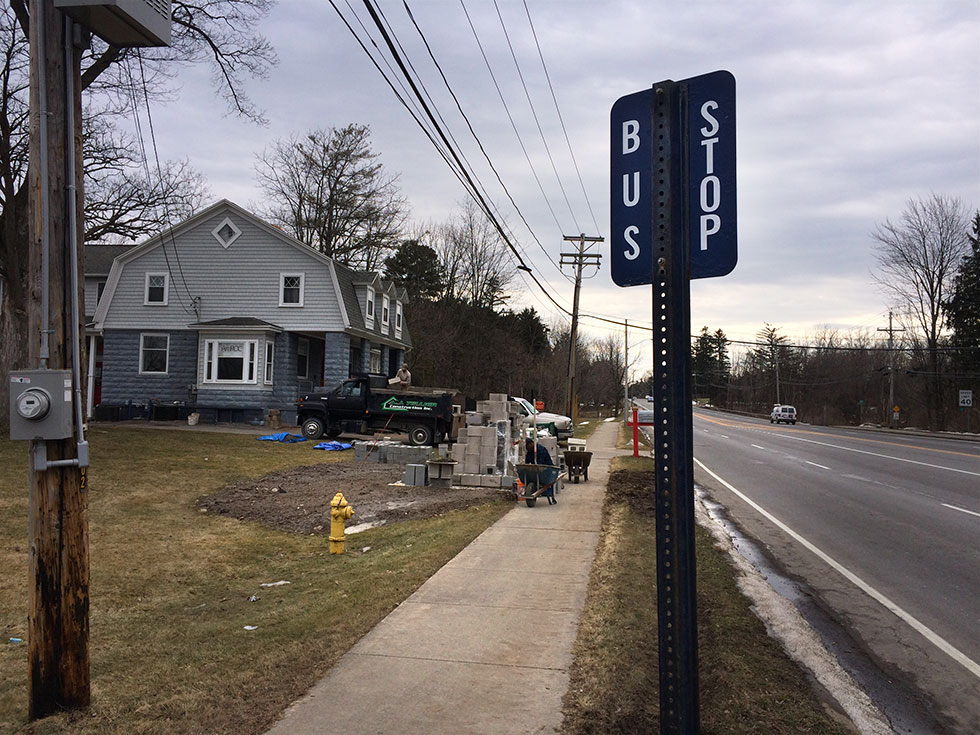 What could take the doldrums out of waiting for your bus? How about waiting from within a giant LEGO® bus shelter? Oh yeah. If you’re traveling from French Road on the #47 bus this spring, you’ll be able to do just that… 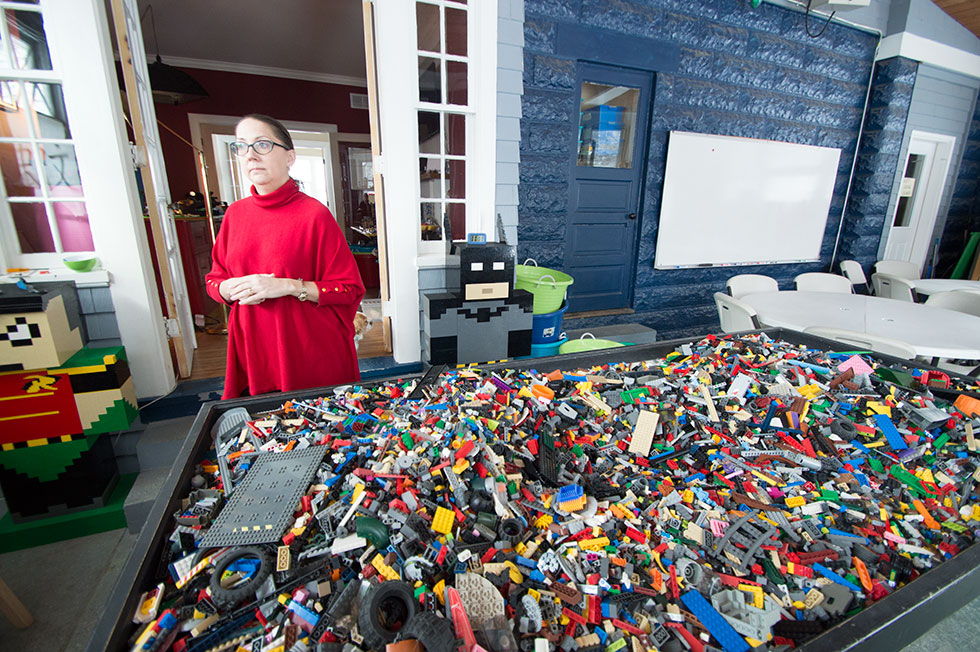 out of her Pittsford home. Here children of all ages can take private and group courses on a range of subjects including foreign languages, music, and stop-motion video production. And at the core of many of these classes is a favorite childhood toy — LEGO.

Lori wanted to attract attention to help grow her program, and also saw a need to provide shelter for some of her students who ride the bus. ArtsROC is located at the busy intersection of Monroe Avenue and French Road

and conveniently has a bus stop right out front.

This was perfect, Lori thought. She would set out to build a LEGO bus shelter.

The idea of a LEGO bus shelter may not be new. Here’s one

literally built out of LEGO blocks in the U.K. But that one was temporary. Lori wanted hers to be permanent. 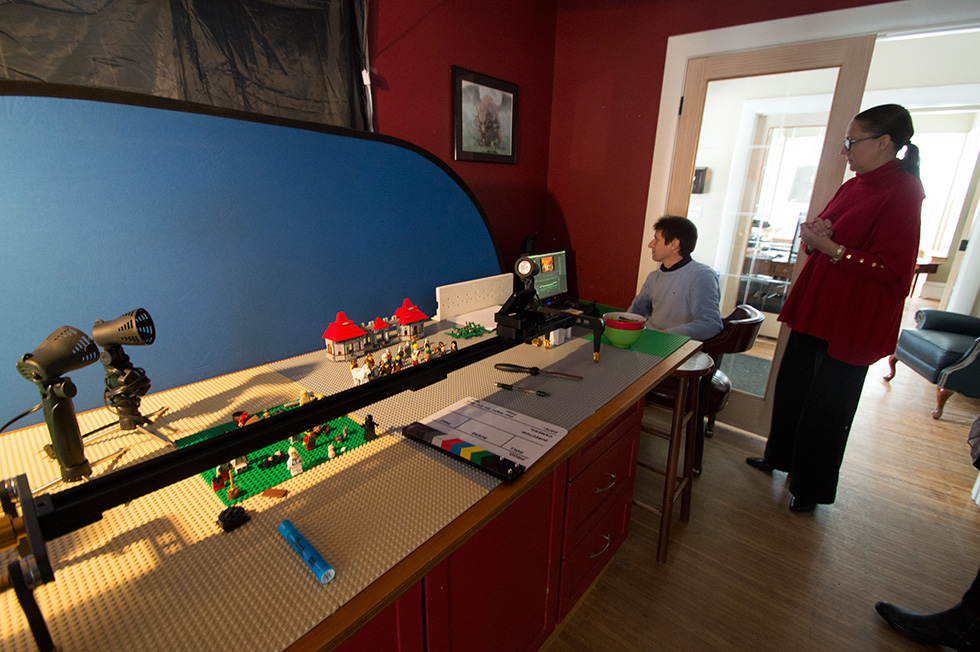 Creating the concept and drawing up the idea was no problem—Lori used her creative team for that. Next she secured funding by selling ad space on the shelter to a central NY insurance company, NYCM Insurance (Lori also runs an insurance agency herself). And because the shelter will sit on her own property, obtaining approval from the Town of Pittsford to build her concept was not as difficult as she thought it might be.

The challenge, as it turned out, would be finding someone who could actually construct the shelter. Googling for “bus stop builders” doesn’t yield many results. And the companies Lori was able to find were very expensive and didn’t offer the kind of custom design service she was looking for. 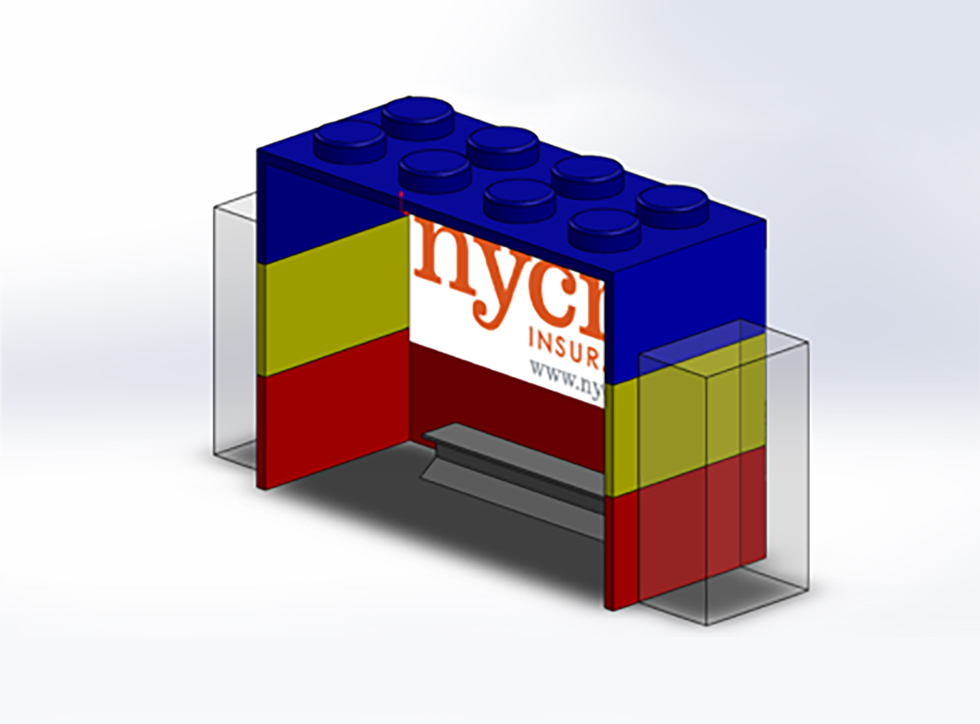 After working on her idea for nearly 10 years and nearly out of options, Lori saw a news story about a group called Reconnect Rochester (that’s us) and another bus shelter project

we were working on at the time. So she decided to call to see if we could help.

“For us, this was a no-brainer,” said Mike Governale, president of Reconnect. “Here was a woman with an amazing idea that lines up perfectly with our mission and nearly everything lined up and ready to go. All we needed to do was tap into our network, send a few emails, and find the right people to make it happen.” 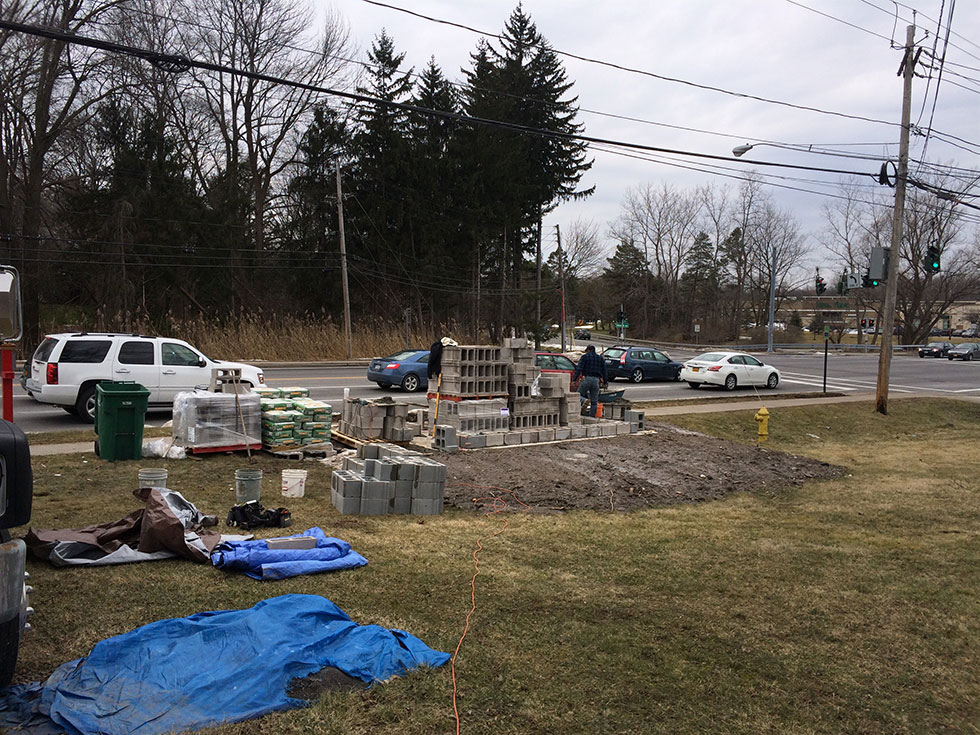 To make a long story short, our friends from AJ Tellier Construction

are now out there laying concrete blocks, and the job is expected to be complete by month’s end.

We are SO excited to see this bus shelter get off the ground. This project is about more than just public transportation. In Lori’s own words, “it’s about community and improving the spaces we share.”

She wants the kids who participate in her ArtsROC programs to see that they can effect change, even at a young age. And she hopes this project will inspire others.

“I’d like this and subsequent projects to be partnerships between local businesses and the community,” Lori said. “Providing public art and a place to rest when you’re walking, biking or waiting for a bus; it’s beauty and function.” 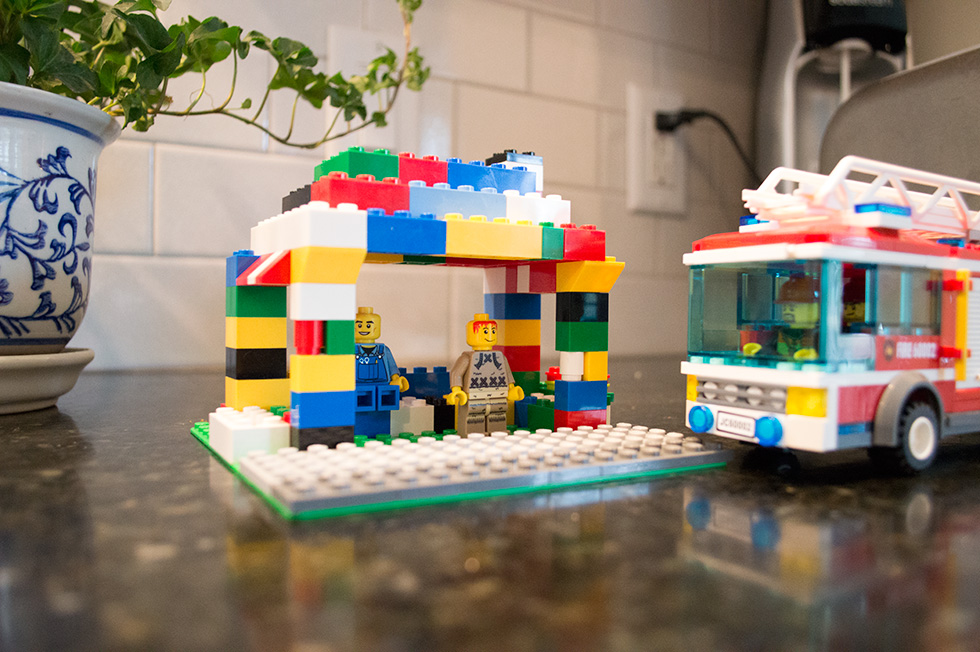