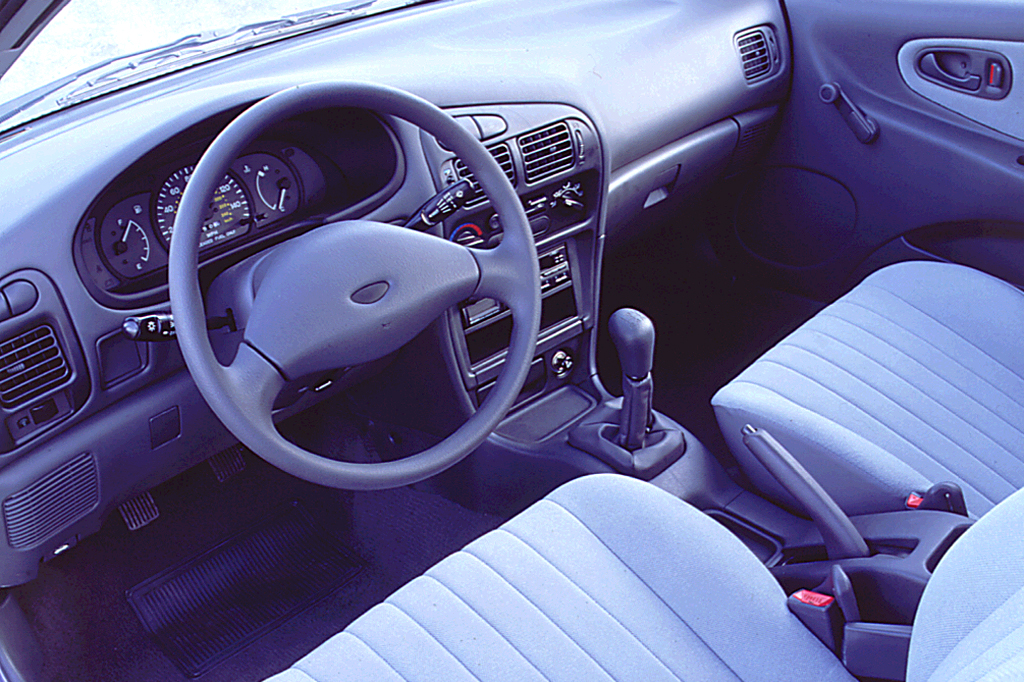 The first car I recall riding in as a child was my mother’s Chevette Scooter, a horribly made car for the family on a budget. Poor quality, no comfort, no AC, a heater that took half an hour to kick in and a crappy radio.

The Ford Escort that followed was honestly not much of an upgrade, and neither was the car that ended up being my first to drive, the Plymouth Colt (which didn’t even have a radio).

Yes, these were bargain basement rides built for my mother’s extremely tight self-employed-music-teacher budget. There were far more luxurious cars in the ’80s, ’90s and ’00s. But none of these were anywhere near our price range. Thus, we were stuck with cars that just weren’t great to be in for more than short stints at a time. Commutes were a struggle, especially in bad weather. Comfort was something we simply could not afford.

In contrast, let’s look at the 2021 Toyota Corolla. Features include AC, power everything, a touch-screen audio control system with “Amazon Alexa Compatibility” as well as “Android Auto” and “Apple Car Play” standard. You can even get “Sirius XM” satellite radio. The look and feel of the interior resembles something from the future, with painstaking detail to ensure comfort and convenience. Top that off with the fact that the new Corolla has 139 horsepower, nearly double that of the popular Escort mentioned above. And let’s remember, the Corolla is the base-model of Toyota’s fleet. This is the new entry-level car of the budget-minded American today.

When we talk about the “driving forces” (forgive the pun) of American population sprawl away from urban centers and even job clusters, we often cite wider roads, more highways, cheaper rural property, crime rates, employment redistribution and other factors as motivators and facilitators. We rarely talk about the fact that being in a car for long periods of time isn’t quite as awful anymore.

The upgrades with regard to comfort, power, tech, audio, safety, all-weather handling, and a host of other creature comforts have made the prospect of a longer commute much more palatable… even inviting. Cars have shifted from uncomfortable, unsafe and unappealing to flashy, exciting and luxurious, even at the base-model-level.

And Americans are willing to spend a greater percentage of their income on this luxury. If you were the average American and wanted to purchase the most popular car in the United States in 1985, you would commit 26% of your annual income to that purchase. If you wanted to do the same today (and purchase the Toyota Camry) you would have to spend 35% of your income.

Car companies have had their finger on the pulse of American psychology for some time. A decade ago, when car sales began to drastically slip with young Americans, the auto industry knew they needed to make a change. Gone would be the days of selling a car based on boring traits like vehicle quality and longevity… instead, a new era of vehicular manufacturing and marketing was built around something young people can’t get enough of: Tech.

From computer-monitored climate control systems to Bluetooth and voice-command applications that tie in with your phone, tech advances in cars have ushered in a new dimension of appeal to the young American motorist. Car interiors have been fitted with futuristic cockpits featuring screens, cameras, colorful lights and flashy graphics. Very few commercials speak to the construction of the vehicle with regard to crash safety anymore… instead they tout the automatic braking systems and auto-piloting features as tech that keep passengers from crashing in the first place.

The ability for a car to sync with a smartphone via voice command is particularly vital. The shifting symbol of freedom in the U.S. is important to note here, as more and more young Americans favor digital rather than (or at least in steep competition with) physical connectivity. Before recent advances in car tech, the automobile was a place where people were legally prohibited any interaction with tech while driving. Taking a bus or a train, however, left the traveler the chance to immerse herself/himself in the digital world while moving about. It is at least somewhat likely that the uptick in transit usage and the downturn in miles driven a decade ago was motivated by the fact that transit allows users to continue their smartphone connectivity throughout their local and regional travels, while cars do not.

Even prior to Covid, this trend had been steadily reversing. As cars added ways for Americans to stay digitally connected and feel surrounded by luxurious tech, public transit, in most cases, failed to adapt by building on their modest gains. Now that Covid has dealt a cataclysmic blow to transit ridership, the auto industry has never been more vigilant in marketing their product as a vehicle that keeps you connected while giving you a space that is “safe,” warm, comforting and above all, fun.

Pay close attention to car ads today. How many of them really talk about old-school measures like how long the car will last or how the car drives? Instead, look at the attention to tech additives and creature comforts. Today’s cars aren’t being marketed as transportation solutions… they are being branded as blissful islands of escape, with technology and serenity at the center of a newfound automobile obsession.

As urbanists battle against community design that prioritizes automobile utilization above all else, we should all be mindful of the fact that these aren’t the only factors that motivate car sales today. The fact is, cars today are more fun than they ever have been. Even entry-level models boast tech, audio and comfort that bathe the driver in a world apart from the anxiety-inducing reality we live in today.

As we look toward a light at the end of a dark tunnel, we must start planning for the public transportation of tomorrow. One of the considerations we must have is how to compete with the serenity-inducing experience of the car. Public transit’s next step needs to not only focus on how to efficiently move people, but how to do it in a way that pacifies our desire for comfort and need for space in a world that continues to overwhelm us all.