Home News Transportation and Poverty (Part 6): What Should Be Done? 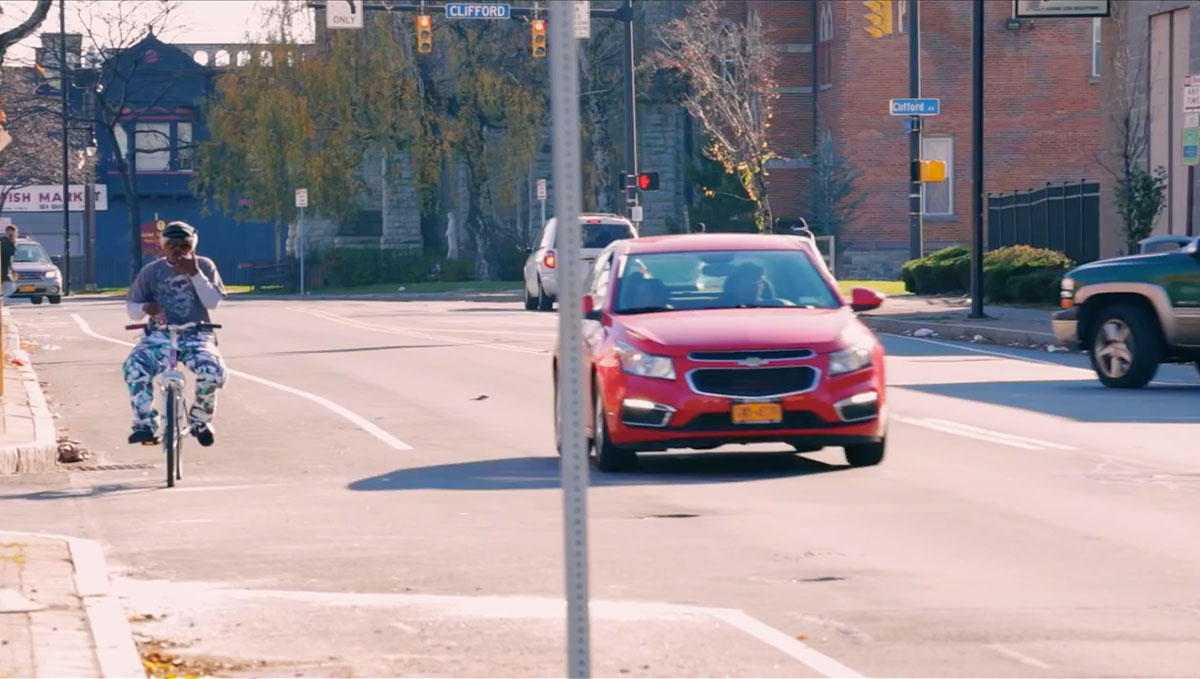 As we’ve seen previously in this series of posts on Transportation & Poverty, the costs associated with transportation for Rochesterians in poverty are considerable. Low-income workers are faced with a difficult choice – spend a high portion of their income on a car and associated expenses so that they can get to work in a reasonable amount of time or lose many hours each week commuting by public transportation, effectively reducing their hourly pay and crowding out other productive activities. The ongoing de-concentration of jobs and housing in our region only exacerbates this dilemma.

But what can be done? How do we put the sprawl genie back in the bottle? How can we create and nurture a regional economy that supports the poor, rather than one that makes it increasingly difficult for low-income individuals to access jobs and support services?

To start, we can focus regional development strategies around our existing public transportation lines, and center efforts on the areas around the RTS Downtown Transit Center.

The hub and spoke nature of our transit system means that the transit center is without question the most accessible location in our entire city. The lighter areas in the map below (courtesy of Mapnificent.net) are those locations within a 20-minute bus ride of the transit center. 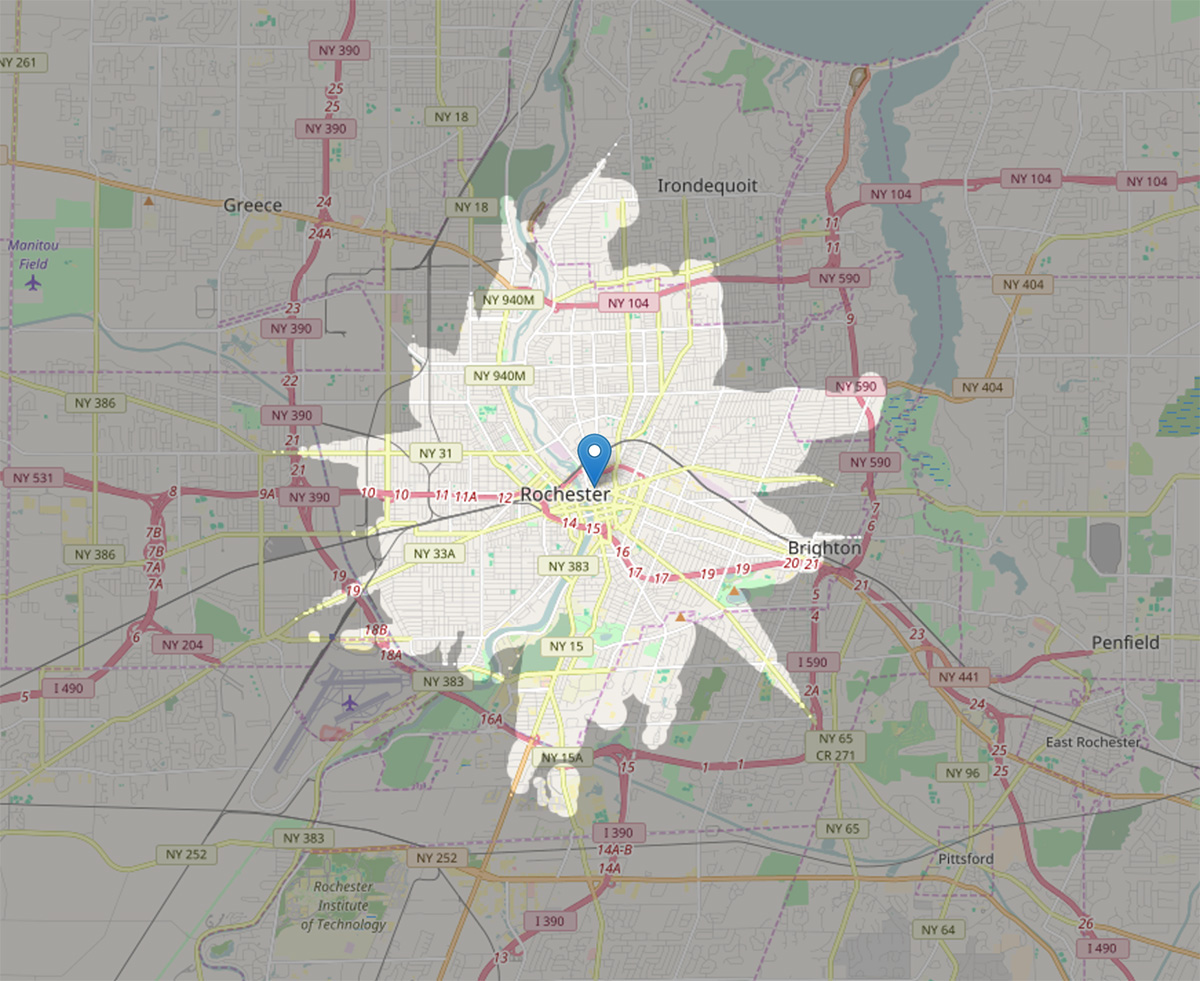 Most neighborhoods in the city are transit accessible if a person only needs to go to or from downtown, particularly those areas near the transit center. But look at this Google maps image of the area immediately around the transit center: 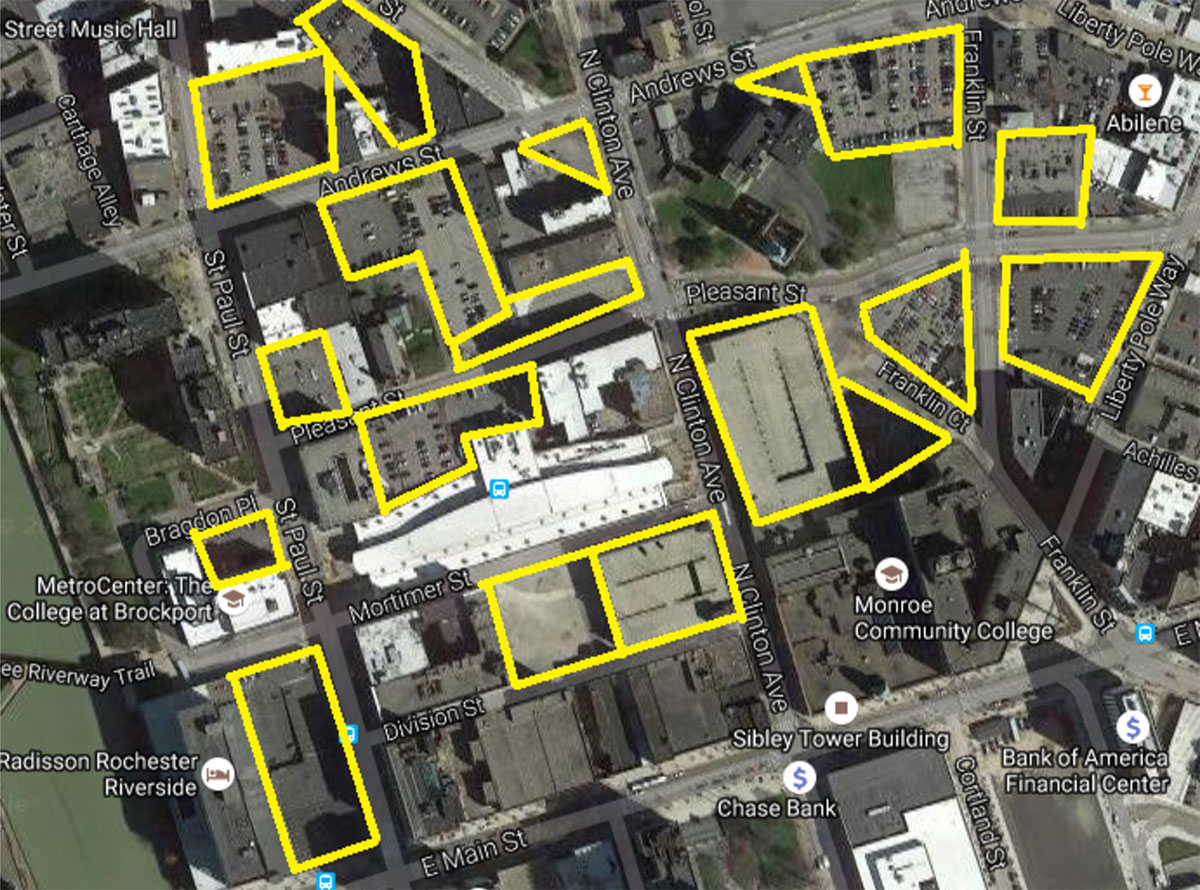 Those areas circled in yellow are either surface parking lots or parking garages, and we are not sure we have even captured them all! The most transit accessible place in our city is largely surrounded by parking lots! This is supposed to be our City’s downtown, not a park-and-ride or strip mall!

If we decided to apply Transit Oriented Development (TOD) principles to our region, the half-mile radius around the transit center would be dedicated to building mixed-use, high density properties. This area would be filled with mixed income housing, health care services, retail, educational and job training programs, downtown commercial ventures, and not more parking garages. We would treat the transit center as a focal point for development activities, not a layover hidden off Main Street between trip origins and destinations.

To be fair, downtown has been the recent focus of a considerable amount of activity – a number of commercial spaces have been transformed into high-end apartments, several prominent local companies call Midtown home, current plans for the Sibley Building envisions a vibrant mix of retail, commercial, and residential spaces, the Democrat and Chronicle recently relocated to North Clinton and Main Street, the Convention Center and several hotels are located in the area, and a number of exciting proposals have been put forward for Parcel 5. A bit further away, the filling in of part of the inner loop will connect downtown to surroundings areas in the southeast part of the city and will add much needed density to our urban core.

But more can and should be done. A large share of the recent downtown development efforts have centered on housing and services for the affluent, and all have assumed that people will need a significant amount of parking to live or work there. We’ve tried to increase density downtown, but with an assumption that a car dominant culture will be central to that effort. 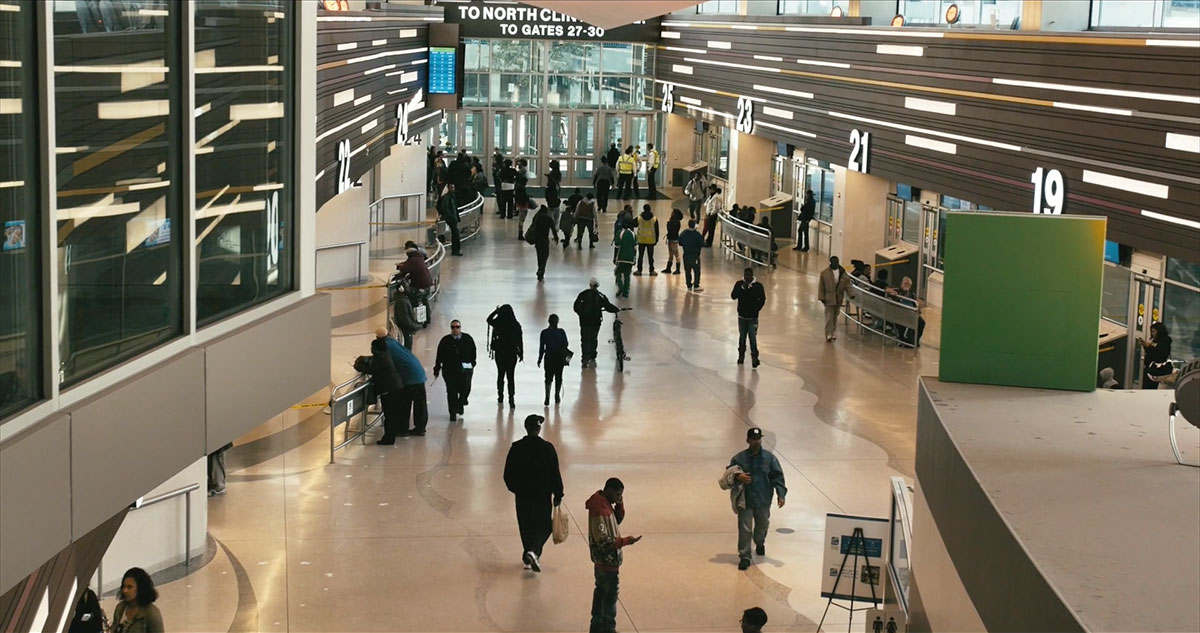 Instead, the City’s Department of Neighborhood and Business Development, the Finger Lakes Regional Economic Development Council and COMIDA should strategically target the area surrounding the transit center, with a particular focus on businesses that employ or serve residents from a variety of socio-economic statuses. Health care services, education, and retail should be prioritized for placement downtown because those types of businesses both employ and serve many Rochesterians. Public funds should be strategically used to overcome the hesitation that some lenders evidently have about financing projects with a reduced parking footprint. 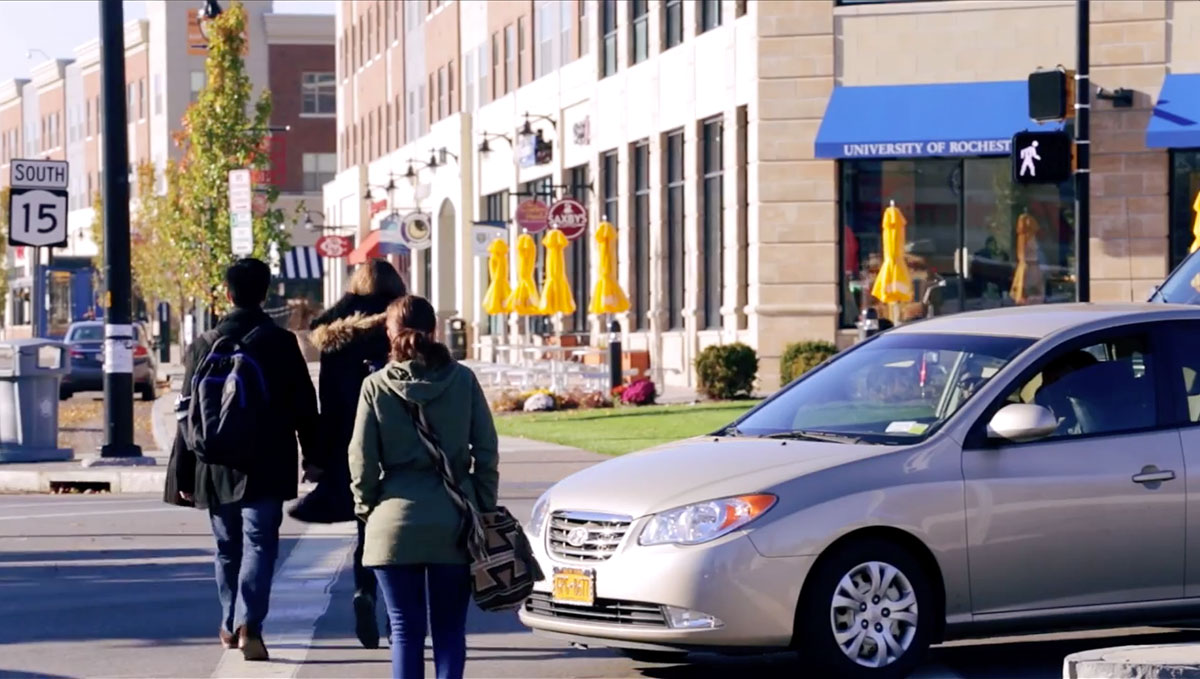 Beyond the targeted focus on the half-mile surrounding the transit center, incentives for business placement should focus on existing transit routes and areas easily accessible by bicycle or foot from lower-income communities. Supporting jobs located along existing transit routes rather than trying to support new routes in suburban locations will increase ridership and revenue for RTS. This will allow the transportation authority to increase the frequency of service along main arterial roads in the city, potentially develop bus rapid transit lines along particularly high volume pick-up and drop-off locations outside downtown (like the UR Medical Center, Eastman Business Park, and MCC), and invest in cross-town connector routes within the city.

Encouraging mixed-use development and new jobs along existing transit routes and building a denser downtown with more housing, retail, and other services will benefit Rochesterians of all incomes. And if done correctly, low income residents who disproportionately rely on our region’s public transportation system will have the most to gain—greater access to job opportunities, education, and a chance at upward mobility.

The concentration and prevalence of poverty in Rochester is a significant challenge, and requires a collective effort from our entire community to address. While transportation, sprawl, and the community design are by no means the only factors contributing to the magnitude of poverty in our region, they do play a large role. We must strive to build a regional economy and corresponding transportation system that connects individuals to jobs and services, and gives low income members of our community the opportunity to achieve economic self-sufficiency.

That’s all for now. Let us know what YOU think below. And please help us keep this conversation going. Happy holidays.