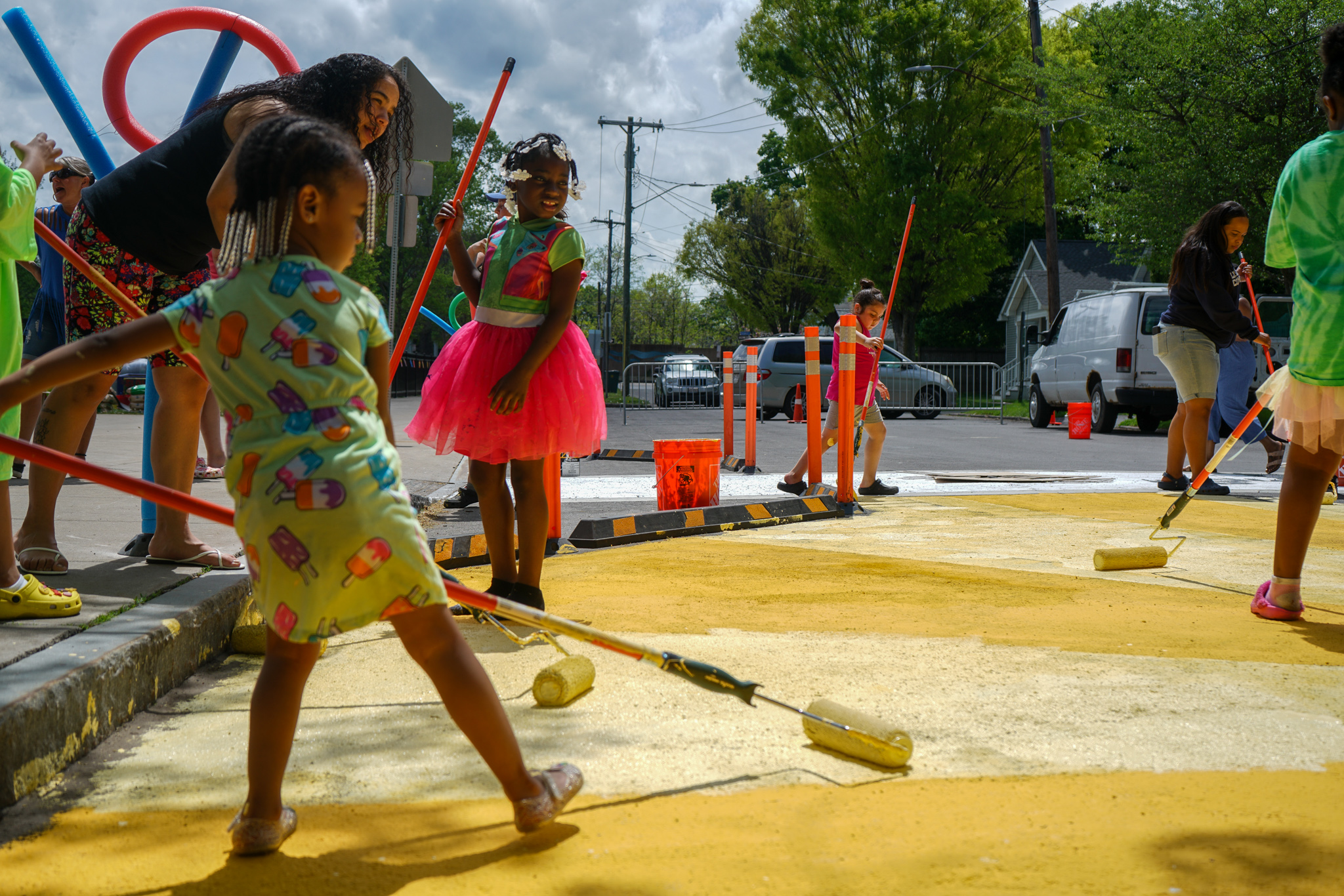 As we report out on the third successful Complete Streets Makeover project, let’s remember why we do this.

In the U.S., pedestrian fatalities have skyrocketed, increasing by 59% from 2009-2020. According to the latest “Dangerous By Design” report, between 2009-2020, drivers struck and killed 64,073 pedestrians in this country. Here in Monroe County, from 2012-2021, over 5,000 crashes involved bicyclists and pedestrians, and ten people die on our local streets every year as a result of these crashes.

Responding to this growing epidemic was the impetus behind our Complete Streets Makeover project, created to bring attention to street design as one critical factor in the safe streets equation.

We began this year’s project back in July 2021 by asking you (the people that walk, bike, and roll along our streets every day) to help identify the intersections and trouble spots where you live, work and play that could be redesigned to make them safer for everyone. The community response was tremendous, and we received a total of 76 nominations for 68 locations in Monroe County.

From these submissions, our Steering Committee selected the intersection of Orange Street & Orchard Street in the JOSANA neighborhood for this year’s project.

The Orange & Orchard location presented the right mix of community support, evidence of safety concerns, and potential for a street redesign that would create real, transformative change for the community through this project. In fact, School 17 is located right at this intersection and was a strong advocate for implementing change. Last fall, the Rochester City School District eliminated the Walker-Bus Program that had provided transportation for students living within 1.5 miles of their school, which contributed to the school’s desire to improve safety for its walkers.

So what happened next? After a series of meetings with community stakeholders and a community workshop led by the Community Design Center of Rochester, over 150 people came out to Orange & Orchard on May 14 to make the magic happen! Attendees were made up of people from the neighborhood, school community, and a team of community partners*. Together, we worked to make the intersection of Orange Street & Orchard Street a more vibrant, safer place for everyone.

Design elements to calm traffic and improve safety included enhanced signage, curb extensions, temporary speed cushions, and a street mural designed by local artist Shawn Dunwoody. The temporary design was created by Stantec, which donates pro bono professional engineering services for the project. Other elements to beautify the space, like fence art and flower planters, were done with help of 2nd graders as part of their class project.

Nothing captures the life of a project better than film. Reconnect Rochester is pleased to share this short film, produced by Floating Home Films, that tells the full story.

We hope you enjoyed watching a beautiful display of community! We will continue supporting the neighborhood in their effort to make these temporary street design improvements permanent.

But did it make a difference? YES! Data collected before and after the implementation (April and July, respectively) shows a measurable decrease in vehicle speeds along Orchard Street. Let’s get specific.

Since the implementation, the 85th percentile speed (the speed that 85% of vehicles travel at or below) declined 28% and the maximum speed declined 26%! It’s worth noting that the maximum recorded speed in July happened between 1:15am and 1:30am.  Other than that outlier, the maximum speed was only 32 mph!  Even the average speed dropped 20%, despite there being no school in July. This is particularly notable with the safe assumption that arrival/dismissal congestion suppressed the speed of a great deal of traffic during our April data collection.  Finally, only 13 of 1,017 vehicles were traveling over 25 mph. When it comes to speed, each mile-per-hour a driver is traveling makes a difference for pedestrian and cyclist safety.

Learn even more about the Complete Streets Makeover of Orange & Orchard

Our awesome team is on board to continue our Complete Streets Makeover program in 2023 and beyond!  So keep taking note of the intersections and trouble spots you experience in your daily travels that could use a re-design, and keep an eye out for calls for public submissions. Together, we’ll keep advocating to design our streets for people, and we’ll keep making it happen one intersection at a time.

A collaborative venture, the Complete Streets Makeover project is supported by: