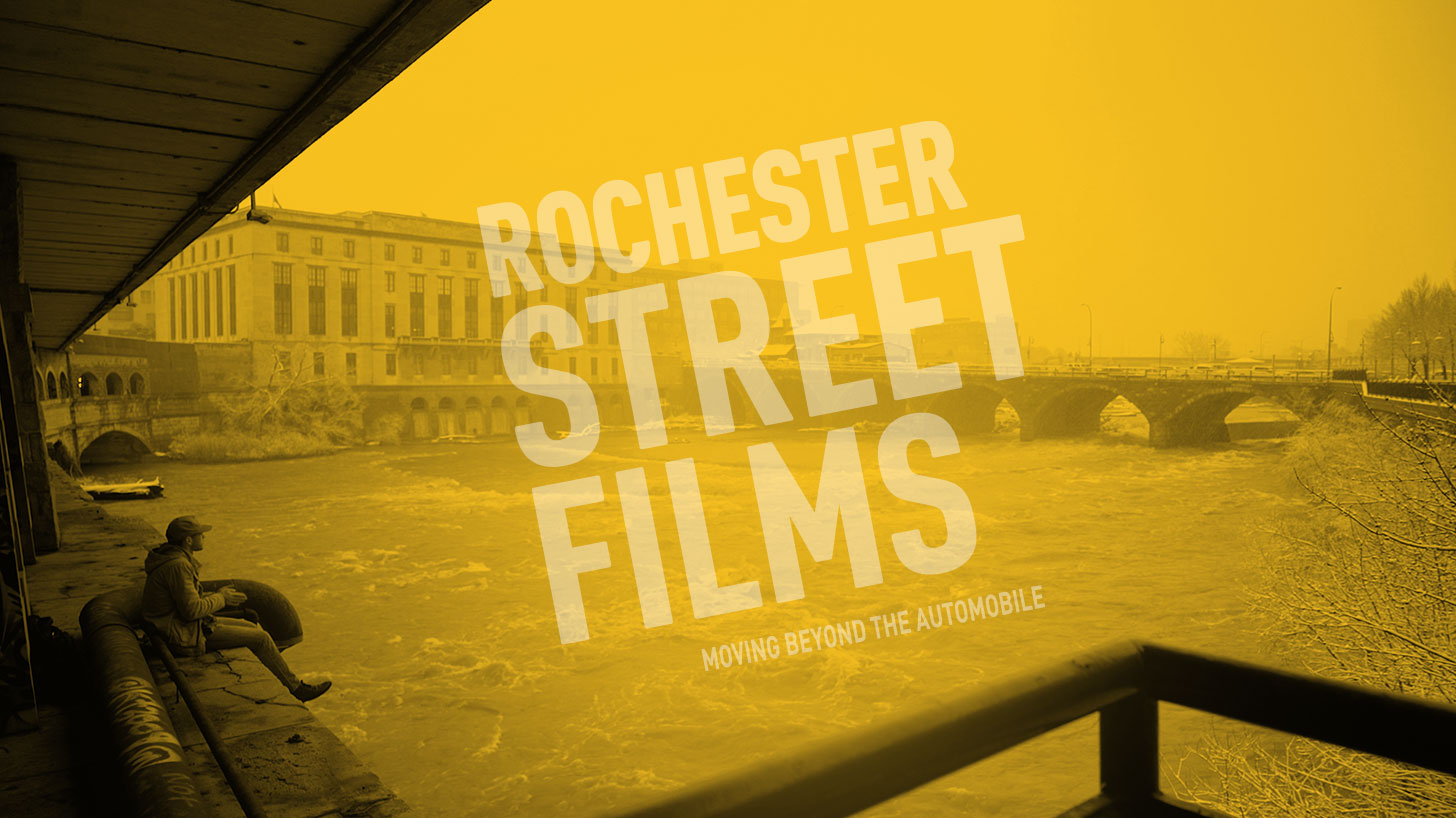 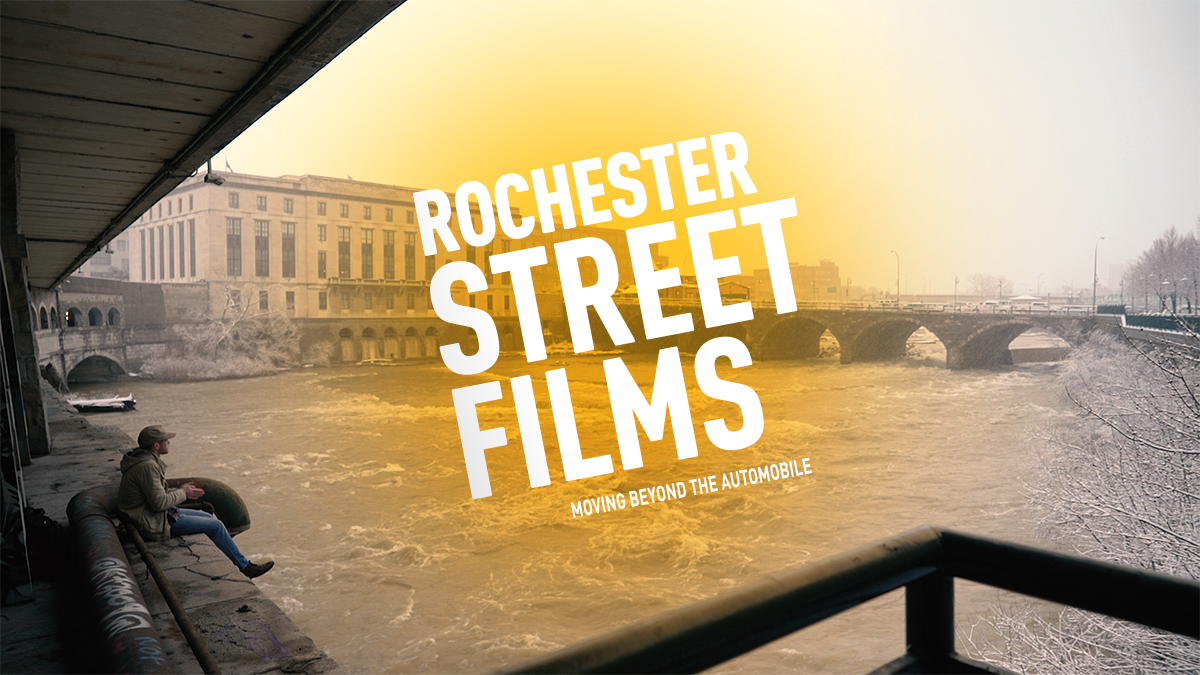 We are all very busy. Our days are filled with places we need to go, people we need to see, things we need to do. Almost like a movie, we bounce between different scenes of our daily lives. But unlike a movie, we can’t simply edit out all of the time in between those scenes. We don’t think much about our time in transit. But the way we use that time may say a lot about who we are.

Are you the type of person who takes time to enjoy the journey? Or is the journey something you’d rather fast forward through?

What if you could bring a film crew with you on your commute to work? What if a camera man followed you on a trip to the grocery store, or to pick up your kids at school? What might we learn by watching that movie? Would it be something you’d want to share with your friends on Facebook? Or would it make better material for an upsetting Michael Moore documentary?

That was the idea behind the latest installment of Rochester Street Films. We asked local filmmakers and ordinary citizens to share their perspective on what it’s like to get around Rochester without a car. No rules; No restrictions; No filter.

Last night 200+ people gathered at The Little Theatre for the kickoff of Rochester Street Films 2017 season. Over the next few weeks we’ll share those films with you here.

And we’d like to ask for your help getting these films in front of as many people as we can. If you would like to host a mini screening of Rochester Street Films in your neighborhood, please 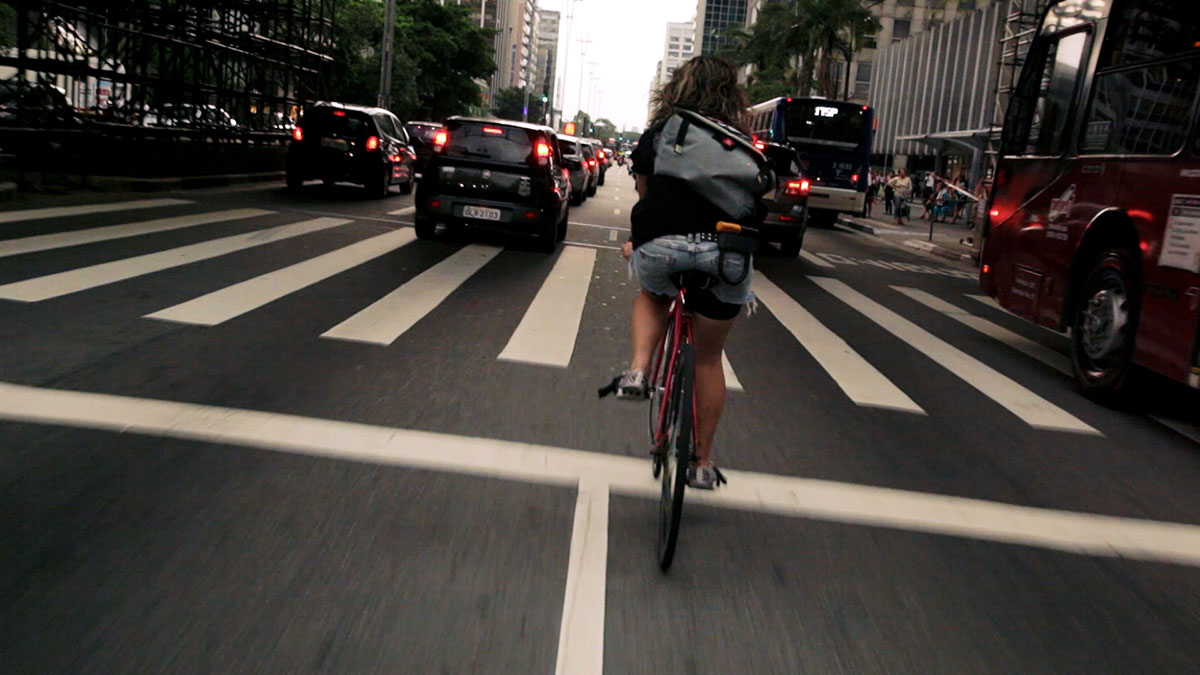 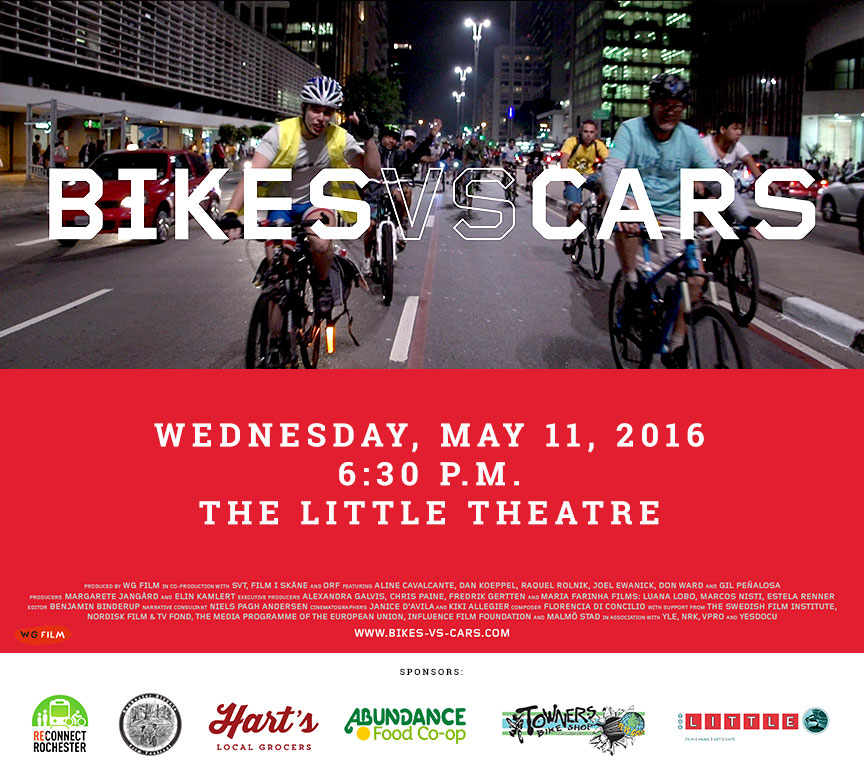 Bikes vs Cars premiers in Rochester this Wednesday kicking off a full line-up of events for Rochester Bike Week 2016. Starting as a Kickstarter project in September 2013, this much anticipated film tells of the modern bike revolution in cities across the world.

Reserve your seat with a donation in any amount (either online or at the door) and you’ll also be entered into a raffle to win a $25 gift card for Abundance Food Co-op or Towner’s Bike Shop, OR a $20 gift card for Harts Local Grocers!

END_OF_DOCUMENT_TOKEN_TO_BE_REPLACED 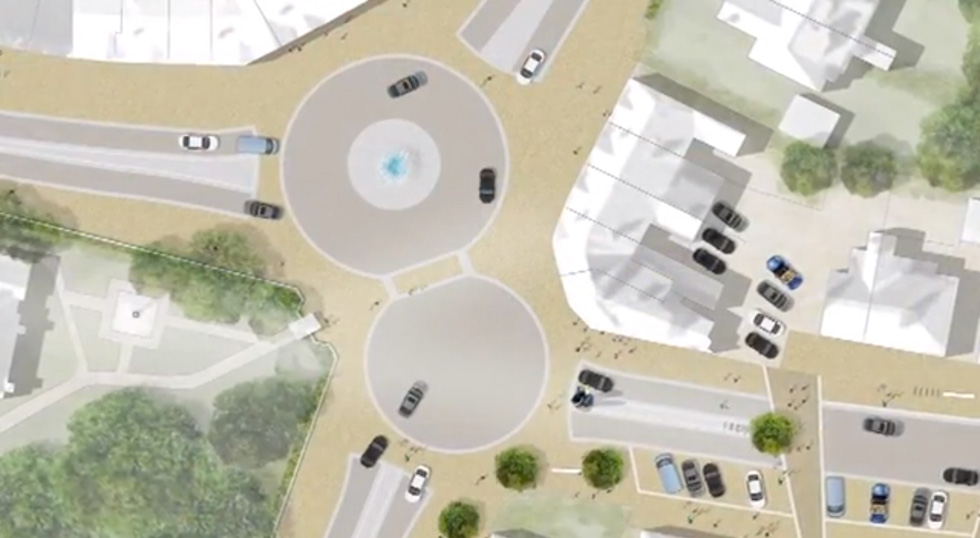 The village of Poynton

in the U.K. was a community in decline, divided by decades of anti-social traffic engineering. Where the intersection of two busy highways once dominated the town center, a bit of creative street design has revitalized local businesses, made life a little easier for the townspeople, and pleasantly surprised motorists and skeptics as well. The concept has been dubbed “shared space” and we want to know if it could work here in Rochester, NY. Watch this video, and give us your thoughts…

END_OF_DOCUMENT_TOKEN_TO_BE_REPLACED 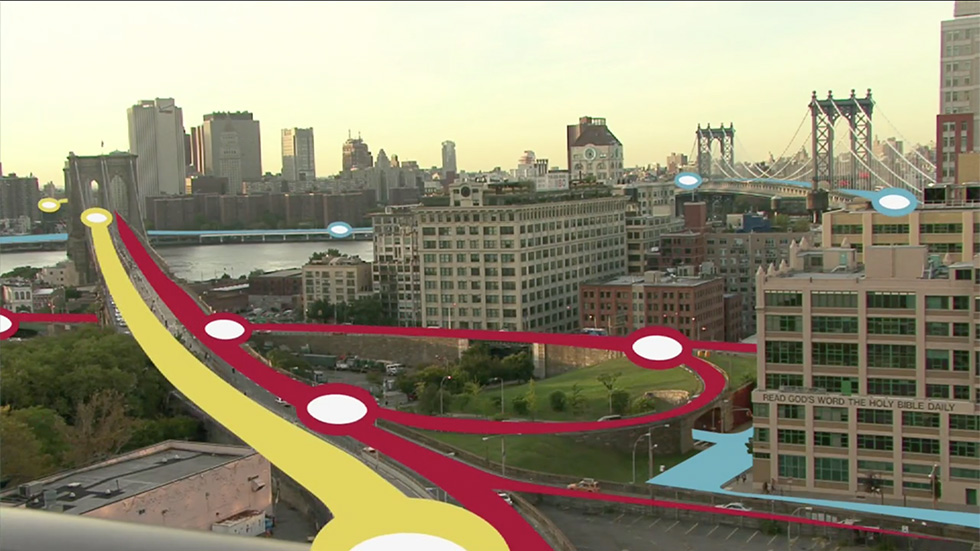 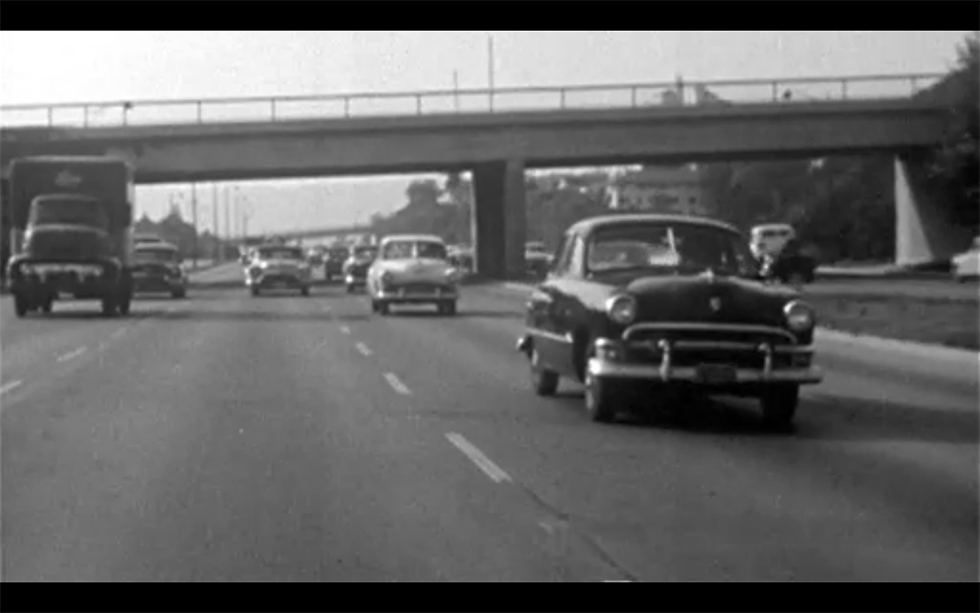 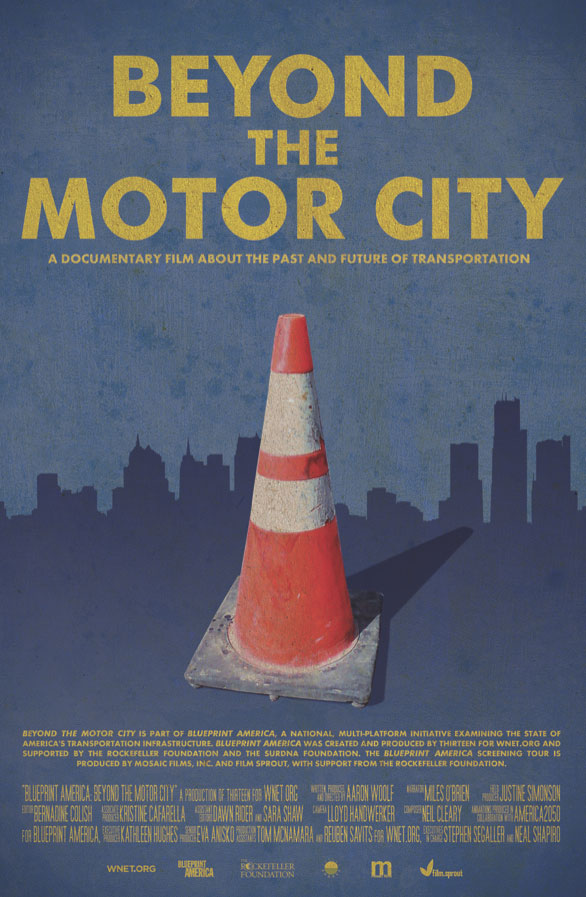