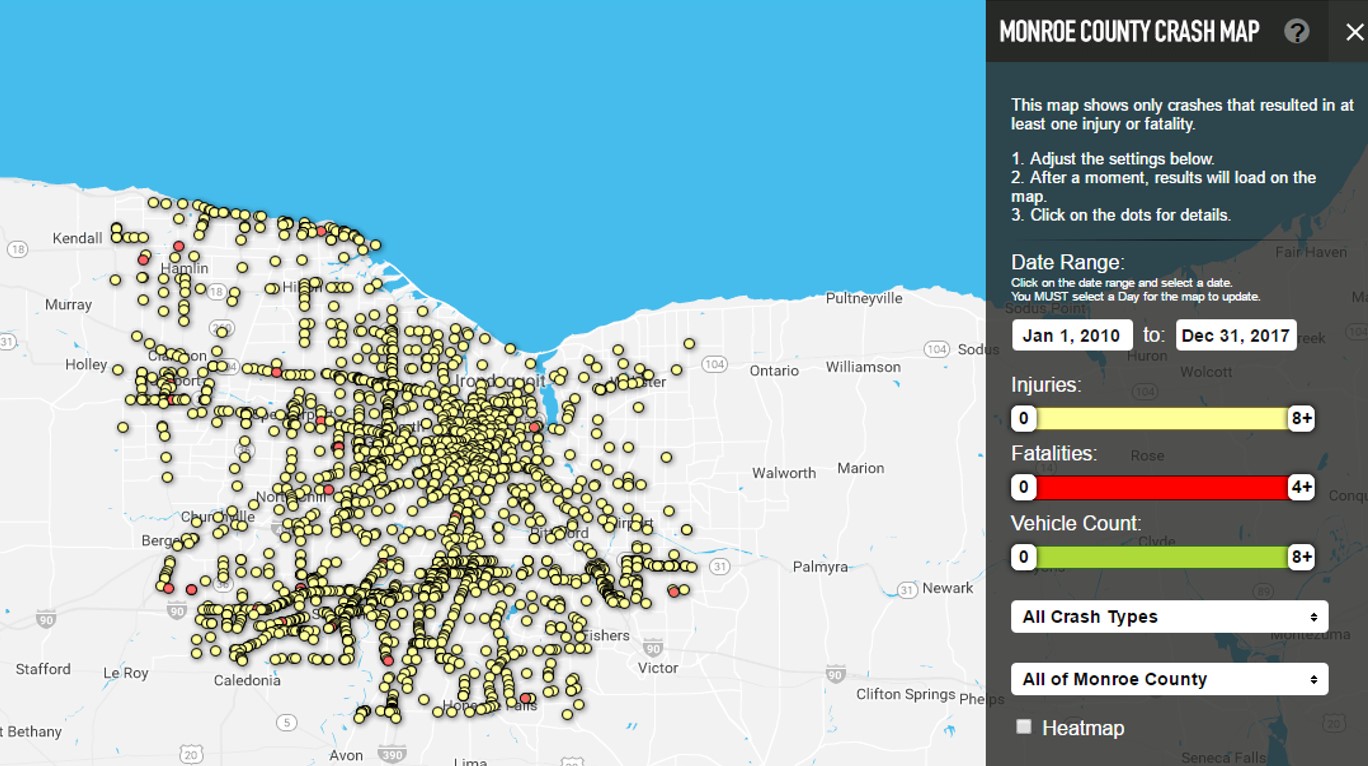 Responding to this growing epidemic was the impetus behind our Complete Streets Makeover project, created to bring attention to street design as one critical factor in the safe streets equation (others being education and enforcement).

In 2016, one of the people killed on our streets was a young child near the corner of Parsells Ave. & Greeley St. in Rochester’s Beechwood neighborhood. This intersection was selected from over 90 publicly submitted nominations as the winner of our Complete Streets Makeover. Selection factors included evidence of community support, location in a residential neighborhood, proximity to kids, traffic safety history, and the potential for design improvements.

The transformation of the intersection seen below exceeded all expectations thanks to a team of dedicated project partners, but most of all thanks to the passion and work of the Beechwood neighbors determined to make the most of the opportunity. 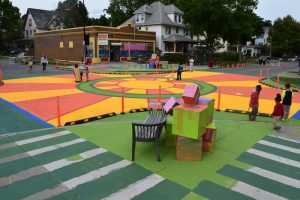 Reconnect Rochester is pleased to share this short film, produced in partnership with Floating Home Films, that tells the story of a street transformation fueled by the community’s desire to disrupt this car-dominated speedway, and take it back as a safe and welcoming space for everyone.

Beechwood neighbors were on hand for the film’s debut at The Little Theatre on Nov 14. Watch the post-film conversation about their experiences.

The temporary on-street experiment at Parsells & Greeley was intended to implement some elements of design improvement, enough for the neighborhood to show improvement in reducing speeds and make a case for permanent change.

The Stantec design team took it a step further in developing a design rendering of the ideal permanent design for the intersection (below). This rendering illustrates all that could be done to make it safer for everyone. Read on for further explanation of the proposed design. 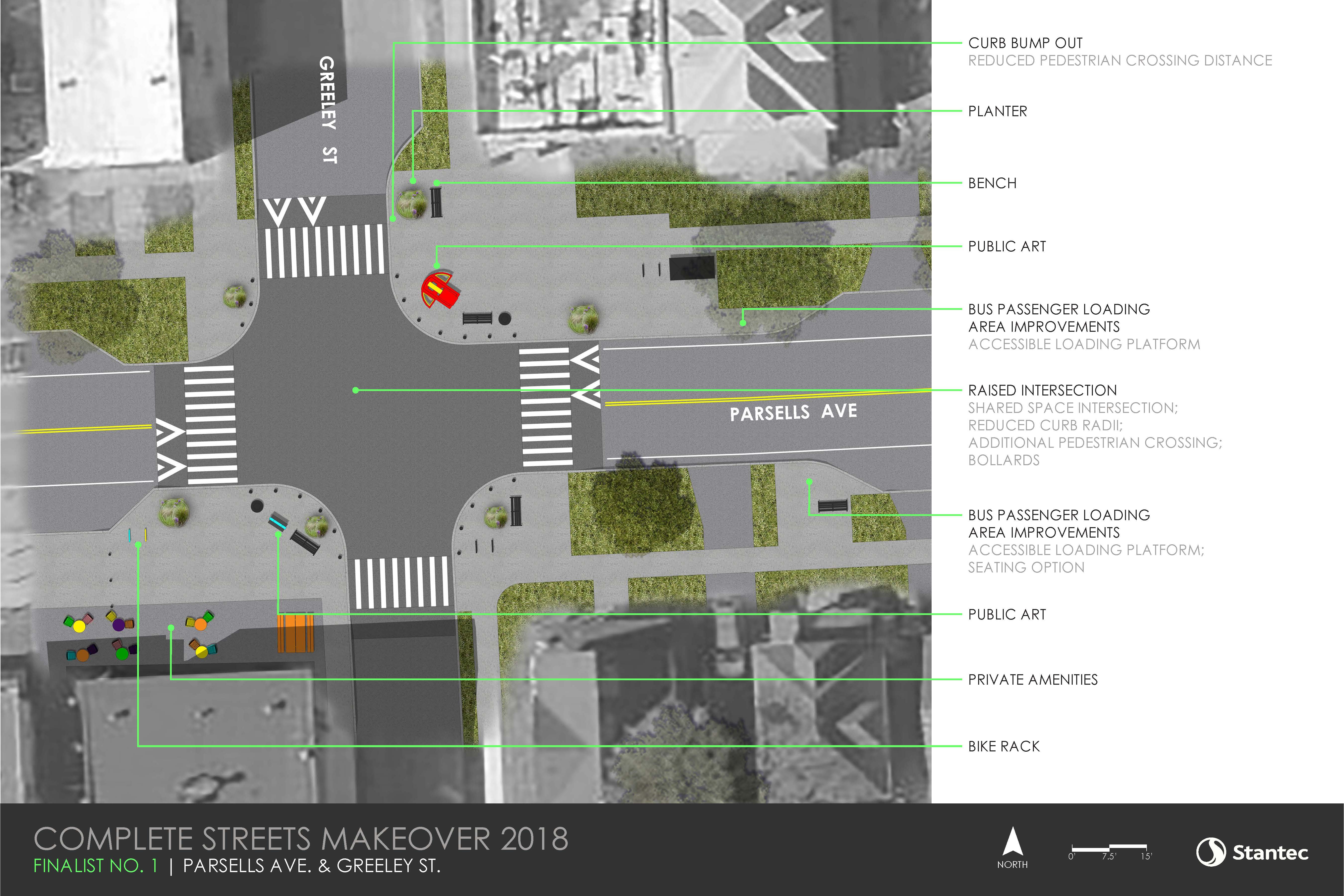 Once a trolley route, the Avenue serves as a key public transit route for the northeast side out to WalMart.  Parsells Avenue is zoned low-density residential and is a ‘traditional’ neighborhood street. The street runs parallel to a main arterial and unfortunately functions as a cut through between two north-south arterials (Culver, Webster/Goodman).

The proposed design calls for curb realignments and a raised intersection for the eastern-most intersection in the block.  A raised intersection will not only effectively slow automobiles through the intersection while providing an additional pedestrian crossing on the western side of the intersection, but provide a shared-space opportunity for residents and neighborhood-commercial uses.  By reducing curb radii, space can be reclaimed for public art, receptacles, planters, bicycle parking, and seating options.

Current bus loading configuration calls for the use of the on-street parking lane, and is not functioning as its design intent.  The plan would broaden passenger loading areas by extending curbs along these areas, offering accessible loading areas for public transit users.